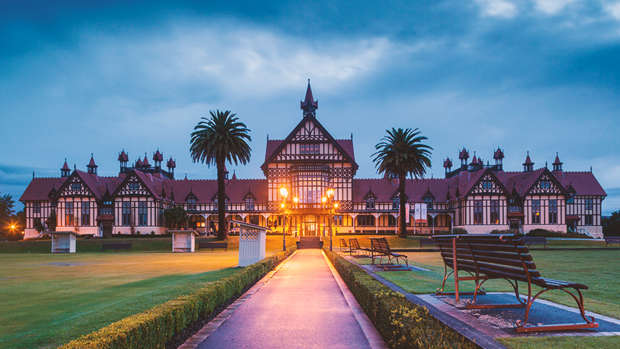 The list, described as a "starter kit for seeing the world" features Rotorua at number 45 – the only New Zealand destination to make the list.

With a daily readership of more than 9 million people, and more than 220,000 following theNew York Times Travel Facebook page, Templer said the exposure in the list was "phenomenal recognition for the solid work that has been undertaken by the industry, Destination Rotorua, Rotorua Lakes Council and others".

Thanks @pedaispelomundo for this great Fan Photo Friday! It’s nearly the weekend which means it’s time to get out for an adventure!

"This will open the eyes of a new sector of travellers who may not have previously considered Rotorua as a destination."

The blurb talks about the sulphurous geysers and mineral-rich hot springs which "scent" Rotorua, a hub of Maori culture. It also pays tribute to the Redwood Treewalk nightlights as another example of the way nature is animated.

Regular contributors for the New York Times were asked for ideas on places to make the list, with hundreds of submissions, which were then whittled down to 52.