A Rotorua woman was given the fright of her lift after a mud pool suddenly opened up on her property, shaking the ground and waking up residents in the area.

More than 24 hours later mud is still flinging from the bubbling pool and the property is cordoned off.

Resident Susan Gedye had described the moment as feeling like a "big earthquake".

Gedye lives at the Meade St house with her 17-month-old and a 12-year-old. When the shaking went on for more than two minutes she got up to investigate.

"I went to the kitchen and thought something is not right here and saw a big pile of steam ... I panicked." 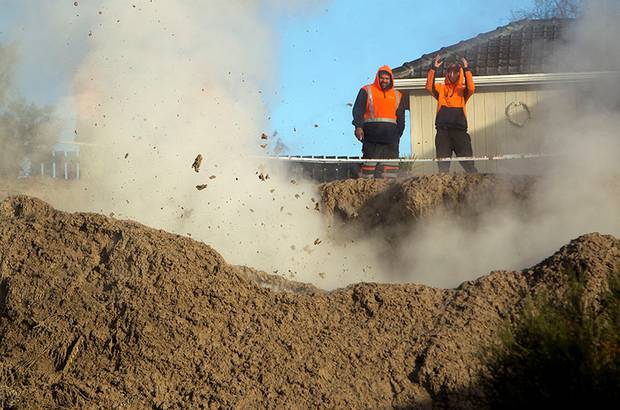 Gedye rang the council and was told she was fine to stay in the house for the night.

"In the morning things had changed. There was mud flinging everywhere, the bank had gone away and the engineer said it might be time to go."

There was also a possibility of a sinkhole under the kitchen which could cause the house to fall away.

"There are a few cracks around the place and everything is kind of on a lean," Gedye said.

She said it had been a long night as the ground continued to shake as the mud pool bubbled, a neighbour knocked on the door in the middle of the night to tell them what had happened and the fire brigade turned up at one point.

"I'm just thankful no one was hurt, I'm looking at the positives."

Gedye has gone to stay with family. However she has had to postpone bookings for the beauty business she runs from home.

Staff from the Living Maori Village told the Rotorua Daily Post the mud pool had been flinging mud everywhere on Tuesday but that had settled down.

"I stood up there last night and the ground was shaking," one staff member said.

This morning council staff were at the house which was cordoned off.

GNS volcanologist Brad Scott said there were three possibilites for the mud pool.

It could carry on as it was, it could stop, or it could get worse. 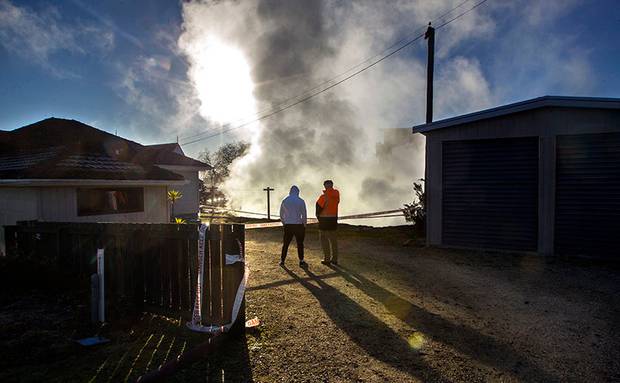 But Scott said he expected it would stop, going on similar instances.

"This is an area where geothermal has been for decades.

"It's traditional behaviour in that area. Every sort of three or four years that bank heats up then kills off vegetation, steam vents form and it quietens down and goes away again," he said.

"It's always stopped in the past."

Scott said this was the most extensive geothermal activity he had seen on the site.

"In terms of Rotorua's geothermal system this is the sort of thing that does happen but this style is less common."

Gedye had lived at the property for two years but had lived there prior to that too.

She said she had witnessed geothermal activity on the bank where the mud pool opened up before.

In 2017 steam flowed out of the bank for about two weeks before stopping.

"I didn't think this was going to happen again."