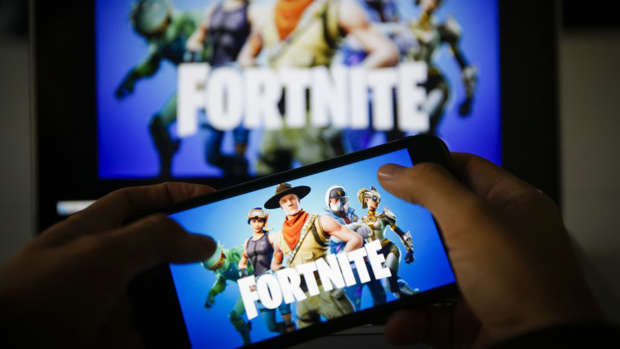 Millions of Fortnite fans have been left in the dark - literally.

Overnight, the game hugely popular game, played by millions across the world, appeared to have been sucked into a bizarre black hole.

When it happened, the game became inaccessible, making it impossible for players to feed their addiction.

According to the Sun, the black hole also extended to social media, with the company deleting all its tweets, leaving a solitary posting of the mysterious black hole, with is currently also streaming on YouTube.

Even the popular Twitch account appears to have been blacked out.

Players around the world have recounted events. They said that overnight a rocket launched into the sky, creating rifts last seen during the start of season 4's in-game event.

16 hours without #Fortnite : i can see the blackhole everywhere pic.twitter.com/RAeks1SRZh

The Sun reports that a meteor in the middle of the island that had remained static since the start of Season 10 started playing up. Then after a series of spacecrafts had flown into one of the centre, players were suddenly sent flying into the air.

As is often the case in catastrophe, people in the game started to identify signs in seemingly random moments.

Players were particularly intrigued by a series of numbers that appeared during the stream: 146, 11, 15, and 62.

There have since been more numbers, sending online sleuths down bizarre rabbit holes.

In the last hour, Fortnite released a trailer revealing details about season 11 of the game.

here it is: the Fortnite Chapter 2 Season 11 trailer, which Epic has now allowed to be posted

Fortnite will likely be back up to play in the next couple hours pic.twitter.com/PE0Px9oa6F

One thing that is clear is that the creators of Fortnite have made an incredibly bold marketing move to kill its hugely popular game in the lead up to the launch of the next edition.

Reports suggest that season 11 will start on October 17 this year.