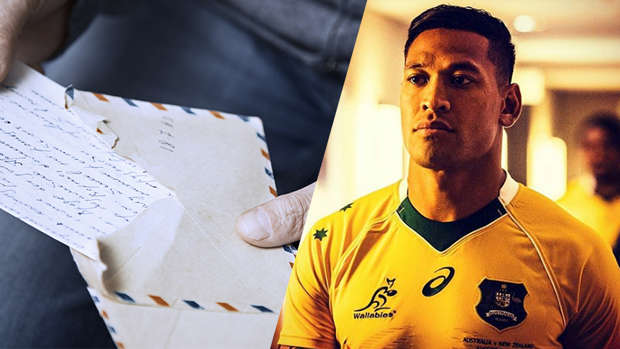 Mother's Day was pants. I did a lot of laundry, and spent far too long in the manchester department at Albany Farmers. No gifts, I'd said, and then was put out when there weren't any. All I want to do is see a movie, I'd said, and then hated the only movie we could all agree on. I just want a choc-top icecream with nuts, I'd said, and then sulked when there weren't any. Unloved and unappreciated, I festered; the self-pity leaking from me like some kind of foul matter. To mothers, my husband gamely toasted as we sat around the table at my second choice of restaurant because my first choice was full. My children clumsily clinked their glasses against mine, and I clinked mine against my mother's and my other mother's. To mothers, we said. And, although the food was crap and I had moaned on and on about how crap it was, for a brief time I shelved my misery, and was just grateful to be part of a family. Hellish, in the way family life can sometimes be, but so far from Israel Folau's fantasy of hellfire and brimstones, that for a mad moment or two, I almost wished he was there, that he might witness us in all our normal glory: the heterosexual couple, their two children, the lesbian grandmothers.

In spite of the media miles eked out of Folau's comments, I tried not to pay too much heed. His words felt as archaic as if they harked from the Middle Ages, and I didn't want to shine any more light on them. Drunk one night, I even defended him — halfheartedly, devilishly, regrettably — in the name of free speech. However I have been watching the second season of The Handmaid's Tale, a show scary not in the way of things that go boo in the night, but truly scary in that it imagines a future we thought was in the past. A future where promiscuous women, homosexuals and anyone deemed a dissident is brutally punished. A future which, in a political climate overrun by reactionary lunatics like Trump, Putin and Kim Jong Un, doesn't feel entirely implausible. The harrowing backstory we are subjected to this season lays bare just how closely our society dances to the edges of a Gilead state. When my mothers said they could scarcely bring themselves to watch those scenes depicting the persecution of gay men and women, it reminded me, that as the daughter of lesbians, I must continue to use my voice where I can. That while just this month two Nelson women became the first couple in New Zealand to both be named as the mother on their baby's birth certificate, the battle is not over, all those hard-fought for rights can be revoked.

Who was there when I was born, asked my son the other day, out of the blue. Well, apart from the midwife and me, I said, Dad was there, and Nanny and Janny. And who was there when I was born, asked his younger sister. The midwife and me, I listed again, and Dad and Nanny. Why wasn't Janny there, she asked, peeved. Because she was at home looking after your brother, I said. Does Janny love us as much as she does because she doesn't have her own children, asked my son. Yes, she does, said my daughter, she has you and Uncle Tom Tom. It's true, I said, she does have us, but we were 8 and 5 when she came into our lives, whereas with you two I think there's an extra-special bond because she was there from the beginning. You are a part of her.

I don't need to teach my children to despise homophobia. That it is wrong to them is indisputable. Those boys are idiots, reported my daughter to me at a playground recently, they keep saying everything's gay. Don't call them that, I admonished, they obviously don't know gay isn't an insult. Exactly, she said. They're idiots.