A Kiwi teenager says her phone "started blowing up" after Snoop Dogg posted her number on Instagram.

Mickey Serong, 18, had her number shared with the rapper's 26.3 million Instagram followers in a post that has since been deleted. 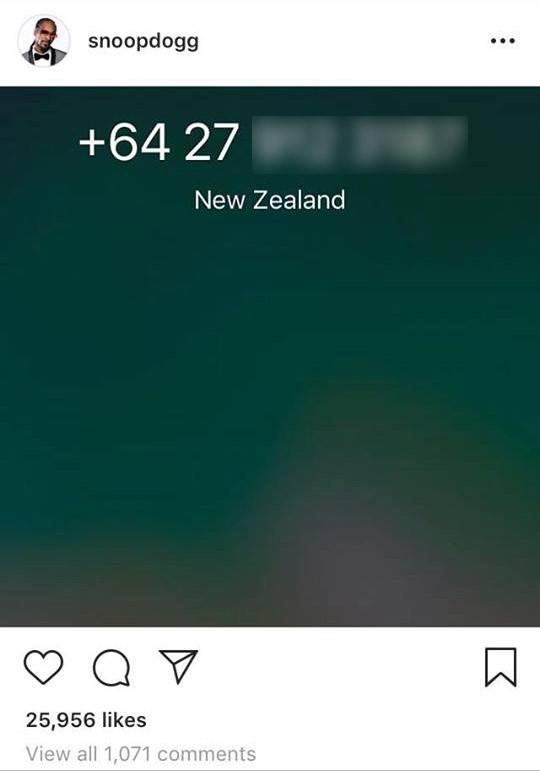 Serong told Newshub that she was with a friend watching TV when all of a sudden she started getting calls and texts from all around the world.

The teenager had no idea what was going on until she opened Instagram and saw her numbers on Snoop Dogg's account.

"I started freaking out," she told Newshub.

"I had a couple of people threatening me, saying 'I'm going to find you, I'm going to make you give me Snoop Dogg's number'."

C me in tha studio

Serong has no connection to the musician and no idea why her number would have been posted on his account.

Several other numbers were also posted and then deleted, possibly indicating the rapper's account was hacked.

The incident has meant Serong's number is no longer usable and she's described the experience as "really disruptive".