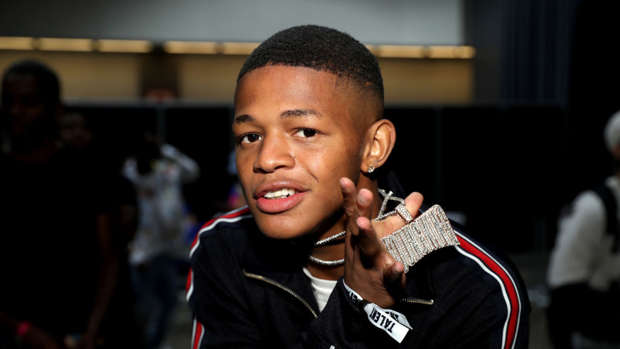 According to TMZ, YK Osiris was arrested on a felony charge of aggravated assault by strangulation. The charges reportedly relate to Osiris' 21st birthday party back in September, where the pair got into a fight. The fight ended with him choking her and biting her face.

According to a police report, obtained by TMZ, the Osiris' girlfriend approached him after seeing a photo of another girl wearing 'nothing but a towel'. The fight reportedly began from there.

The woman reportedly said in the report that the rapper chased her upstairs and choked her and bit her face. She said the fight was broken up after she bit his lip. The police report said the woman had a mark under her eye where she was allegedly bitten.

Osiris won't be released from jail however, as he was denied bond. He'll be held in custody until a preliminary hearing later this month at the Fulton County Courthouse.