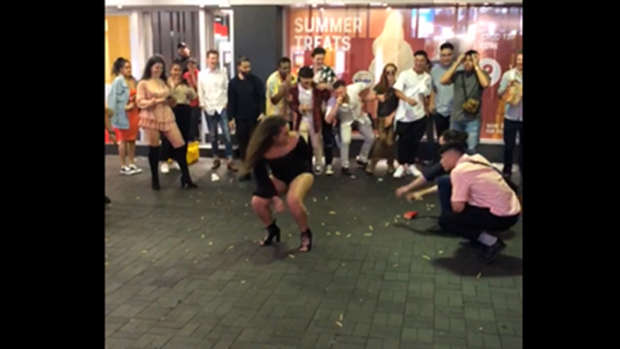 A video of a woman twerking on the footpath outside McDonalds in the Auckland CBD, while men throw fries at them has gone viral on the internet.

It was posted to Reddit, by a user called 'rothmanbluez' who told Newshub that "It was about 4:30am on a Sunday morning and the clubs had finished up so this was about as good as the after parties get at this point in time,".

People have commented that the post is a perfect display of Kiwi culture.

One user commented: "This should be in tourism adverts with all our beautiful scenery."

The video has had thousands of views since it was posted yesterday.