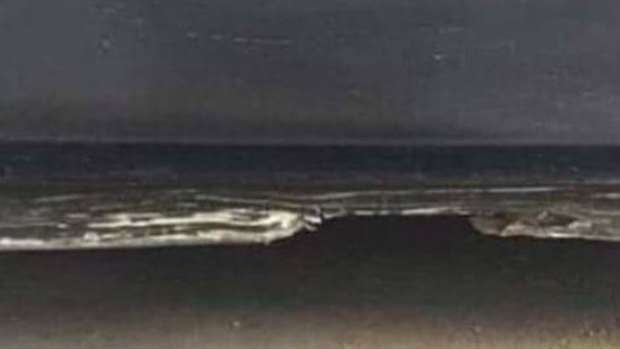 Unless you've been living under a rock for the past few years you will remember 'the dress'.

Was it black and blue or gold and white?

'The dress' literally broke the internet because nobody could make their minds up.

if you can see a beach, ocean sky, rocks and stars then you are an artist, But its not a painting its lower part of the car gate which needs to be repaired. pic.twitter.com/dCMC49PBQS

While some people are convinced that it looks like a beach at night - the bottom third of the picture is sand with waves rushing in - others see a damaged car door.

So which one is it?

The image is really of a battered car door in need of repair.

The 'sand' is actually the ground under the car, the 'waves' are the edge of the door that's been damaged and the sea and sky is just the body of the car.

It was shared by a Twitter user named Nayem, who reckons that anyone who sees a beach in the image is an artist.