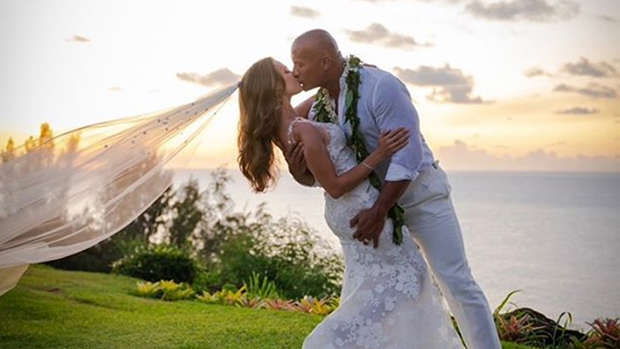 Dwayne 'The Rock' Johnson has announced his marriage to his longtime girlfriend Lauren Hashian in a secret ceremony in Hawaii on Sunday (18th August).

He made the announcement on Instagram, sharing an image of the pair following the wedding.

The pair have received plenty of messages of support from their famous friends. Nick Jonas said: "Congrats brother!" and Nicole Sherzinger said: "Maika’i so awesome!!! Was there same time!!! Congratulations and continued blessings! Aloha nui🌺💕"

Hashian is a singer-songwriter and daughter of drummer Sib Hashian, who was part of the rock band, Boston.

The Rock has been busy over the last few months with the release of his movie 'Hobbs and Shaw', which has had great success in the box office.