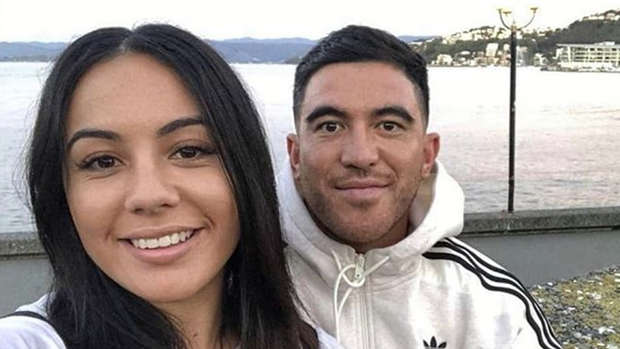 Former All Black Nehe Milner-Skudder made a rookie error at the altar as he married long-time love Hanna Tevita in Tauranga.

Milner-Skudder, who has announced he will be heading to France to play for Toulon on a three-year deal, tied the knot in a perfect wedding at Black Walnut, but reportedly jumped the gun on the first kiss.

Now to Love reported the fullback couldn't hold back his tears as his bride-to-be made her way up the aisle, but then got it 'wrong', when he went in for a cheeky kiss before the wedding got underway.

"I didn't realise you weren't supposed to," he says with a cheeky smile. "I couldn't help it, she just looked so beautiful," Milner-Skudder told Now to Love.

The pair met in a Palmerston North bar and Milner-Skudder proposed in April at the Tantalus Estate Vineyard on Waiheke Island.

Meet the Milner’s ✨ Thanks @womansdaynz for covering our special day 👰🏽

"Hanna, you've captivated me, motivated me, you've surprised me, inspired me, and you've also challenged me like no human being ever has. In you, I have finally found all I ever dared to dream was possible, that I deserved, or have," said Milner-Skudder in his vows.

Shortly before her wedding day, Tevita was admitted as a barrister and solicitor of the High Court of New Zealand.