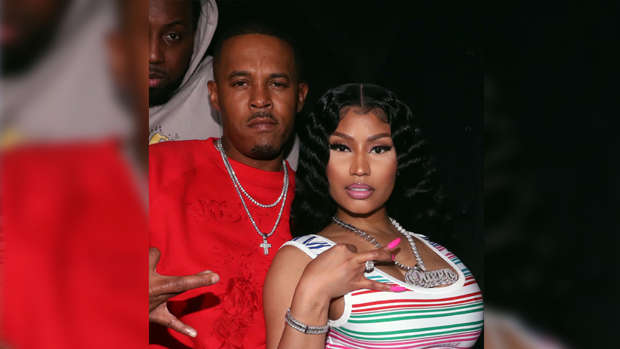 The 36-year-old rapper took to her Instagram to appear to confirm the pair have tied the knot by sharing a short video of bride and groom baseball caps, and Mr and Mrs mugs.

The happy couple obtained their marriage licence in July but have been waiting for a particular pastor to be free to officiate the ceremony - and Nicki revealed last Thursday that the pair could marry "in the next seven days".

She said: "We've gotten our marriage licence, but there's a particular pastor who I want to officiate and so she was just made available as of today.

"She told me she's available within the next week, so we could be married in the next seven days."

But she wasn't expecting to wear a traditional wedding gown for the occasion.

She said: "That's too much. I can't. There's no way. That will take too long to plan. I'm not good with that. I'm a procrastinator, so it would come in, like, two years from now."

In an August episode of her Queen Radio show, Nicki revealed the pair would be married in "about 80 days" after obtaining their marriage licence.

She said at the time: "We still had to pick it up and I was travelling, by the time I came back, we had to renew it again.

"From that time, you have 90 days to get married. That was about a week ago, so now I have about 80 days.