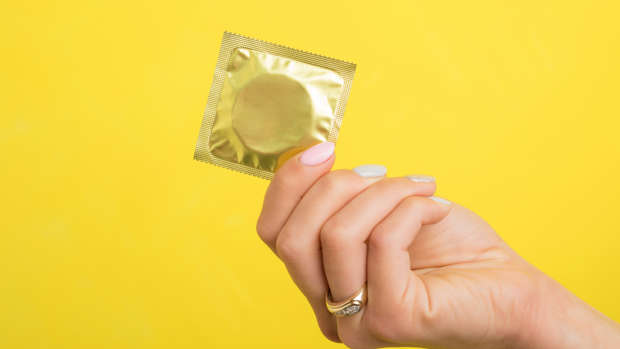 You're more likely to catch a sexually transmitted infection if you're living in a major city, although one of the country's smallest regions takes out the title of chlamydia capital, new figures show.

Auckland tops the country for the number of syphilis cases recorded and the gonorrhoea rate for the year to the end of March, according to new figures released by the Institute of Environmental Science and Research (ESR).

But, the Tairawhiti District Health Board region had the highest rate of chlamydia, closely followed by Lakes District, then Hawke's Bay.

Meanwhile, the West Coast ranked lowest for prevalence of all three diseases. In Auckland, 245 cases of syphilis were reported during the year to March, far above the second highest ranking region which was Canterbury with 60 cases followed by Wellington on 55.

The larger populations in the main cities would largely explain the higher numbers, ESR confirmed.

But, the trends reflected in the those regions were consistent with the national trend which found the disease was far more common in European men aged between 20 and 39 who had sex with other men. In Auckland, 207 men were reported to have the disease compared to 34 women.

Across the country, the number of reported cases of syphilis had increased steadily since 2013.

Auckland's rate of gonorrhoea was also worst in the country, with 180 cases reported per 100,000 people.

Nationally the rates had increased significantly since 2015 but was largely driven by the cases reported in Auckland where male rates were far above the national average.

In Auckland and nationally, gonorrhoea was most common in men who had sex with other men. It was also more common in Maori and Pacific Islanders.

The small district of Tairawhiti, however, claimed the title of chlamydia capital of the country with a rate of 1025 cases per 100,000 people.

Chlamydia is not classified as a notifiable disease but is the most commonly reported STI in New Zealand although the rates have remained stable since 2013.

Unlike syphilis and gonorrhoea, it was more widely reported by females although that was probably due to lower rates of testing in men, ESR public health physician Jill Sherwood said.

It was most common in women aged 15 to 29 with the highest rates amongst Maori and Pacific Islanders.

Dr Peter Saxton, research fellow with Auckland University's School of Population Health, said that while rising syphilis rate had been a problem for some years, it was a concern to see gonorrhoea rates rise 50 per cent in two years.

It was also the first time there had been data on rates involving men who had sex with men, he said.

Of all the gonorrhoea cases where information was available, 34 per cent were among men who had sex with men despite the fact that group only comprised about 2 per cent of the population, he said.

"That's really alarming. That a third is among gay and bisexual men really is a shock," he said.

"The chickens are coming home to roost after a number of years of lack of strategic direction and underinvestment in sexual health programmes."

Saxton said more funding was needed to make services more available to all groups, in all areas; for education programmes; to hire more sexual health specialists; and to train GPs in how to identify and comprehensively care for the rainbow community in a non-judgmental way.

As for the rising rates, Saxton said our sexual health system did not fit the needs of a 21st century society.

Internet dating, the ease of travel and the normalisation of sex was contributing to the increase but there still remained a shame and stigma around seeking help. There was also a lack of access to specialist services in more isolated areas, he said.

And in the cities?

"In the cities you get sexual networks that are more closely connected. You can have clusters and outbreaks much more easily. There's more opportunity to meet sexual partners, there's more population mobility, there's more anonymity. You can get rapid transmission of infection before it's been identified and able to be diagnosed and treated."

What you need to know

• The first sign of syphilis is a sore or ulcer at the site of infection, usually the genitals, anus or mouth. Untreated, it can lead to rashes, swollen glands, fever, hair loss, aches and warty growths.

• The disease is spread through sexual contact and is infectious if not treated with antibiotics.

• Without treatment if can lead to pelvic inflammatory disease, ectopic pregnancy, infertility and sterility.

• It is spread by skin contact during sexual intercourse and can be treated with antibiotics.

• Most people with chlamydia have no symptoms but left untreated it can damage a women's reproductive system.

• Chlamydia is spread by sexual contact and can be treated with antibiotics.