A Glenfield College student is wearing a winter jacket in the summer heat to cover up his tatau design which reflects his Polynesian heritage.

A teenage boy plans to lay a complaint with Human Rights Commission after his high school forced him to cover up his traditional Pasifika tattoos.

Marli Atu received the tatau - the pattern telling the story of his blended Fijian and Samoan heritage, as well as his close connection to Maori culture - last November as a gift for his 16th birthday.

Students are banned from having visible tattoos at Glenfield College, a decile 6 school on Auckland's North Shore.

But the Year 12 student said he felt "shameful" when teaching staff at the school told him to wrap his tatau with a bandage.

"This is more than a tattoo. My tatau is my culture, my ancestors, my heritage, my whakapapa. And I felt shameful I needed to hide my culture with a bandage, like it was a disease," Marli said.

"I know the school didn't mean it that way but the tattoo rule is inadvertently offensive to minorities like Pasifika peoples."

He refused to put a bandage on and instead wears a winter jacket to cover the tatau - designed by ta moko artist Inia Taylor - in the summer heat.

When told to cover up, Marli says he tried to challenge the school rules by raising the cultural significance of his tatau.

"I understand the rule: it's to keep the school uniform tidy. But these tattoos are not skulls and dragons. Tatau and ta moko are taonga [treasure] to Pasifika and Maori," Marli said.

"I was told if I was allowed to show my traditional tatau, any student would be allowed any tattoo. The rule was the rule and if I didn't cover up, I was going to be sent home." 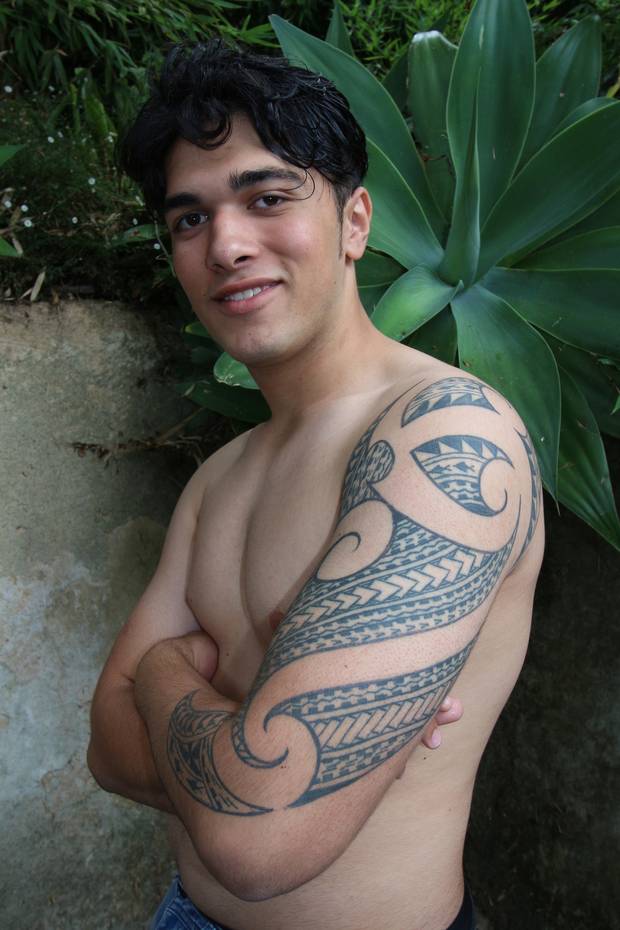 Principal Paul McKinley said Marli was a "very talented and popular student" at Glenfield College for the past three years.

He said the school regularly reminded students and parents of the rules, including the ban on visible tattoos.

"There are many good reasons why such a rule is in place. Our parent body expects all our students to present themselves in a way that reflects well on them and the college," McKinley said.

"The college, however, is also mindful of its obligations under the Human Rights Act 1993 and makes exceptions when there is a genuinely held cultural or religious belief."

He was disappointed the family did not approach him or the board seeking a waiver, but had chosen instead to speak publicly through the media.

"My door is always open should they wish to meet with me to request a waiver on cultural grounds."

This article was first published on nzherald.co.nz and is republished here with permsission.