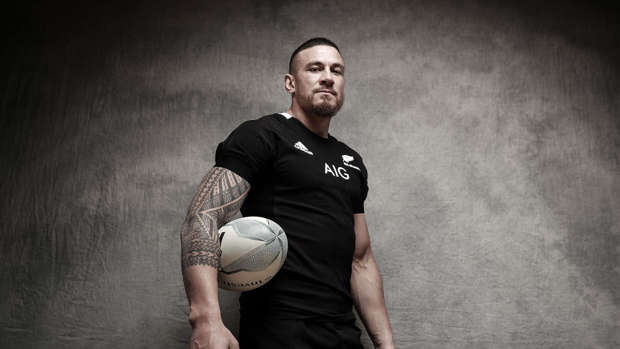 Sonny Bill Williams has made his call on who he thinks should be the next All Blacks coach.

Williams was asked about current All Blacks Assistant Coach Ian Foster as a contender for the job. Rather than endorsing the All Blacks attack coach he instead opted to make a strong push for the inclusion of a Māori or Pacific Island coach within the All Blacks set-up.

"Good luck to everyone who puts their hand up and tries to step into that role. There are a lot of coaches who will be leaving at the end of this year." Williams said.

"One thing I would probably put to New Zealand Rugby (NZR) is it would be good to see a Pacific Islander or Māori in the coaching system that would have a bit of influence because the way the game is going and is today, there's a lot of Māori and Island boys that play for the All Blacks.

"I'm just thinking how can we get a lot more out of those boys. I know there's a bit of space there for that growth."

In regards to the heavy influence of Pacific Island and Māori players within the All Blacks, Williams was referring to Nepo Laulala, Ardie Savea, Richie Mo'unga, Aaron Smith, Codie Taylor, Ofa Tuungafasi, Shannon Frizell, Patrick Tuipulotu and Rieko Ioane among others.

Beaten by a better team tonight. Good luck to the @englandrugby lads next week. I smile a lot these days because I know how blessed I am to do what I love for a job & to have my family here for the journey. Always Alhamdulillah & always love & blessings my friends ❤️🤲🏾

While serving eight years as assistant coach, Ian Foster has previously stated his keenness to succeed Steve Hansen next year.

With emotions still raw and the All Blacks focused on attempting to right some wrongs in their final World Cup match - their third and fourth playoff with Wales in Tokyo on Friday - Foster clearly felt this was not the right time to discuss his personal aspirations.

"I've already flagged the way I've been thinking before but I just want to keep saying right now I'm just excited about a World Cup," Foster said as the All Blacks attempt to move through the healing process after their semifinal defeat to England.

"My whole goal is making sure we did the best that we can do at this World Cup. We've lost to England but the World Cup is not finished and I've just got to keep putting all my energy into that and what will happen after that will happen. We'll have plenty of time to talk about that."

Foster's chances may have taken a hit at this tournament and he will face competition for Hansen's role from Scott Robertson, who guided the Crusaders to three successive Super Rugby titles.

Warren Gatland is committed to the Chiefs next year and British and Irish Lions in 2021 but he could, potentially, apply for the position.