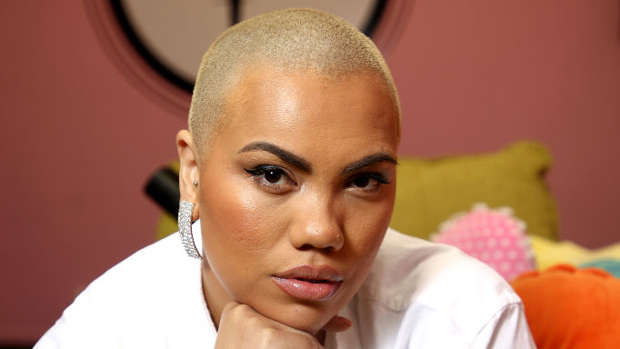 Parris Goebel has showed her support on Instagram for victims of Australian fires and hit back at criticism she's using the move for publicity.

She wrote that she would donate $20 to the Red Cross for every repost of the images on her account raising awareness about the fires.

Thanking her followers in an edited version of the caption, Goebel urged her followers to keep supporting charities like the Red Cross and the Wires Wildlife Rescue.

"Please do not ignore these images and facts! As I sit in the peace and safety of my room here in NZ I can't help but feel for all the families fleeing their homes, firefighters sacrificing their lives and animals dying because of these horrific bush fires," she wrote.

🚨AUSTRALIA NEEDS OUR HELP🚨 UPDATE: THANK YOU TO EVERYONE THAT DID THE $20 RESHARE, I’ve donated to the @redcrossau , please keep sharing and donating!! Also plan to make a donation to @nswrfs that need our help. ——Please do not ignore these images and facts! As I sit in the peace and safety of my room here in NZ I can’t help but feel for all the families fleeing their homes, fire fighters sacrificing their lives and animals dying because of these horrific Bush fires!Let’s raise awareness and do our part. You can donate at places like @redcrossau , @wireswildliferescue, @nswrfs and @salvosau - I’ve placed red crosses link in my BIO... every little bit makes a difference! Spread the word and let’s come together and help Australia❤️

However, her fundraising efforts were criticised by trolls who says the reposting method was just for publicity.

She responded to a comment left by a person who questioned why she would only donate money if people shared the post.

"My brother brought the Australian bush fires to my attention and I actually had no idea what was happening as I wasn't seeing any of my friends post about it here on Instagram.

"I was sad not enough of my friends or dance community were talking about the fires so I hoped to share these images and bring some awareness to this.

"If you knew me personally…you would know I actually care about the world," says Goebel.

Users stuck up for Goebel on social media and supported her for not disclosing how much money she donated.

"Please remind your girlfriend who wants people to know she cares about the animals that sharing Parris's post doesn't remove your moral obligations o donate. Stop freeloading," one person said on Twitter.

Parris Goebel is absolutely AMAZING for her donating drive, but she doesn’t have unlimited funds. Please remind your girlfriend who wants people to know she cares about the animals that sharing Parris’ post doesn’t remove your moral obligations to donate. Stop freeloading.

I don't think you understand what Parris' intention is. What I think is that she is barely just explaining why celebs/influencers prefer to be quiet and not cooperate in political/current sensitive issues to avoid hate/unnecessary issues that will affect their empire.

A representative for Goebel declined to disclose how much money the star had donated and told the Herald the choreographer had "no further comment to add".

Goebel was appointed a Member of the New Zealand Order of Merit for services to dance in the New Year Honours List.

The world-renowned choreographer has worked with Sam Smith, Rihanna and Justin Bieber.