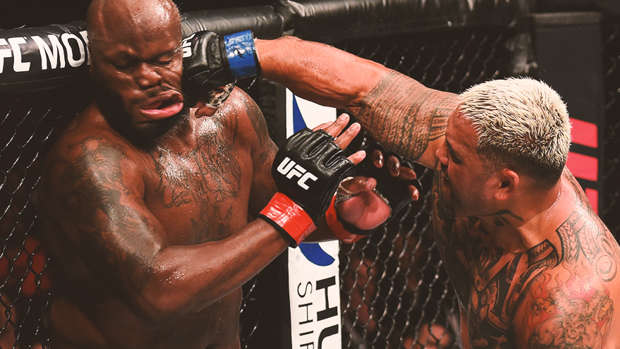 Joseph Parker will receive heavyweight support for his world unification title shot in Cardiff against Anthony Joshua from Mark Hunt, a man who knows a thing or two about putting taller opponents on their backsides. Kiwi Hunt, the UFC veteran still fighting at the age of 43, will travel to the United Kingdom from his Sydney home to support his countryman after Parker's promoter David Higgins promised him some tickets.

Parker will fight Joshua at the Principality Stadium on March 31, an event that is going to attract sporting celebrities from around the world. The 80,000 general admission tickets have already sold out.

"I'm going to watch Joseph make history and kick AJ's teeth and go from there," Hunt told the Herald. "Thanks to David Higgins, of course, I'm going. I want to watch Joseph do work." Parker's and Hunt's respective careers are going in the opposite directions following Hunt's recent loss to Curtis Blaydes in the co-main event at UFC 221 in Perth. He has only two more fights on his contract and isn't likely to get another title shot but nothing can take away from what he has achieved in mixed martial arts over many years.

His strength has always been his striking and in particular a right hand which has finished many fights with one punch.

Like Parker, Hunt is from South Auckland and has always been honest about his troubled background and prepared to stand up to the might of the UFC for the organisation's alleged condoning of performance-enhancing drug taking.

"Mark called out a monopolistic power in the UFC and he's brutally honest," Higgins told the Herald. "I respect that a lot. It takes courage to get into the ring or octagon and Mark certainly has that but I think it takes more courage to be as honest as he is.

"It's good to have Mark on our side and to have his support."

This article was first published on NZherald.co.nz and republished here with permission