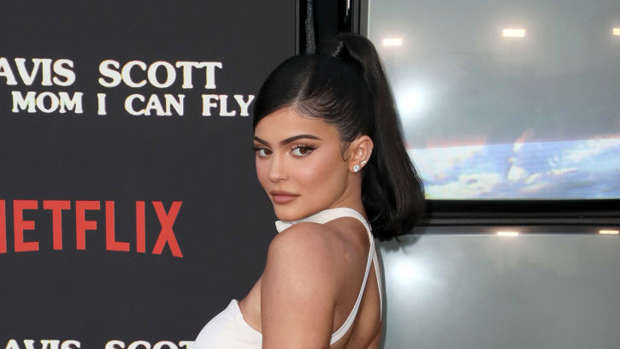 Kylie Jenner has posed nude for Playboy with her boyfriend Travis Scott.

The 'SICKO MODE' hitmaker interviews his partner - with whom he shares 19-month-old daughter Stormi - for the new issue of the magazine and the couple have stripped off for an intimate photo to be used alongside the spread.

An excerpt of the interview - which will be released on September 17 - has been teased, with Kylie telling Travis: "You're my best friend. Through all the ups and downs that every relationship has, we evolve together through them and keep getting stronger."

Jenner, 22, shared a photo on her Instagram giving her followers a hint of what's to come in her forthcoming cover and editorial spread.

Playboy also shared some teaser images from Jenner's time in front of the camera, showing her famous pout beside Scott's neck. He was wearing Playboy bunny pendant captioned 'Wild In Love'.

Jenner's Playboy shoot comes after her big sister Kim Kardashian was the first in the family to strip down for the iconic magazine, doing a nude shoot with Hype Williams in 2007.

Meanwhile, Travis previously opened up about his relationship with Kylie, insisting there is a big misconception about how "real" Kylie is just because she is so famous.

He said: "People don't understand how real my girl is. How ill she is. They have assumptions, bulls**t-ass remarks of what they think is going on. Nah, bro. She's a Tim Burton fan, which is fire. Wes Anderson fan, which is fire. I like to just go outside and walk. Knowing a girl that famous, you'd think she's like, 'I need to go send somebody to do this for me,' or 'I need 15 motherf***ers around me,' but we just walk out the crib. Me, I hate cameras. I don't like people in my business. Going into a situation like that, you'd think it would be a whole public fest. You never know. 'Maybe she's into all the photos, or worried about this and that.' And then you realise she is normal as possible. I realised what really mattered to her, which is none of this s**t. She's the coolest motherf***er of all time."