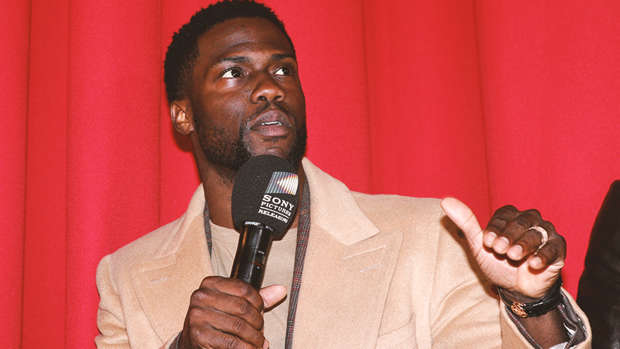 Kevin Hart's first gag appears to have been on us.

According to the comic's website, Hart will perform in Auckland on December 11 at Spark Arena as part of his Irresponsible tour.

But the website has made an error, tagging Auckland as part of "Australia".

On Twitter, Hart called it "my biggest and best" tour yet, one that will see him play more than 100 dates.

I announced all of my tour dates today in a major way as promised. Tickets GO ONSALE WEDNESDAY PEOPLE..... go to Kevinhartnation.com and make sure that I didn’t miss your city or country....Here is a snippet of the full video that I am releasing on Wednesday morning!!!!! #IrresponsibleTour #ComedicRockStarShit #LiveLoveLaugh #TheKevins ....Click the link in my bio

The Jumanji: Welcome to the Jungle star is known for his self-depracating humour and many film and TV roles, as well as packing fans into sports arenas for his comedy shows.