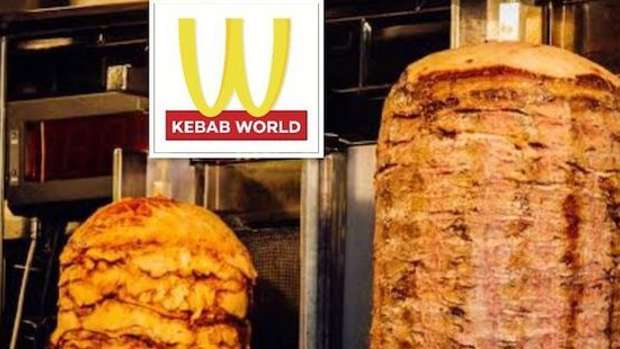 McDonald's has warned a Geraldine kebab store that it may take legal action after the franchise discovered that the shop had a similar logo.

A new Kebab World store that is set to open features a logo that resembles that of the popular fast-food franchise McDonald's, with the red strip and white writing — except the golden arches are upside down.

McDonald's New Zealand spokesman Simon Kenny said the company had been made aware last week that a Geraldine business was using the McDonald's golden arches without authorisation. "Lawyers acting on behalf of McDonald's sent a letter to the business on November 22 advising the business of the actions required to avoid legal action in the High Court.

"This includes permanently removing and destroying the signage and marketing collateral."

"We take the protection of our intellectual property rights seriously, and cannot permit transgressions like this to arise."

However, the owner of Kebab World claimed that McDonald's has not reached out to him, according to Stuff.

The owner said he could see the resemblance between both logos, but said that he attempted to make a yellow W, representing the World in his store name.