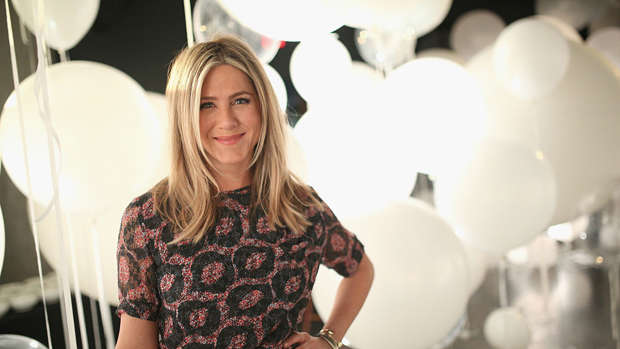 News of Aniston's Instagram debut led to more than 116,000 followers and her first post garnering hundreds of thousands of likes within an hour before her profile crashed.

Since her profile is back up and running, Aniston has since apologised for "breaking the platform" in an Instagram video.

"I swear I didn't mean to break it... Thank you guys for the kind, glitchy welcome," she captioned the footage of her calmly smashing her phone on the table.

I swear I didn’t mean to break it... Thank you guys for the kind, glitchy welcome ❤️

Even though the issues with her profile have since been resolved, Aniston has broken something else.

Guinness World Records announced that the Hollywood actress had broken the record for the fastest time for an Instagram account to reach 1 million followers, reaching the milestone in just five hours and 16 minutes.

The Duke and Duchess of Sussex, Prince Harry and Meghan Markle previously held the record with their @sussexroyal Instagram account, gathering 1 million followers in April in a time of five hours and 45 minutes.

Before that, the record belonged to the K-pop star Kang Daniel, who reached 1 million followers in 11 hours and 36 minutes.