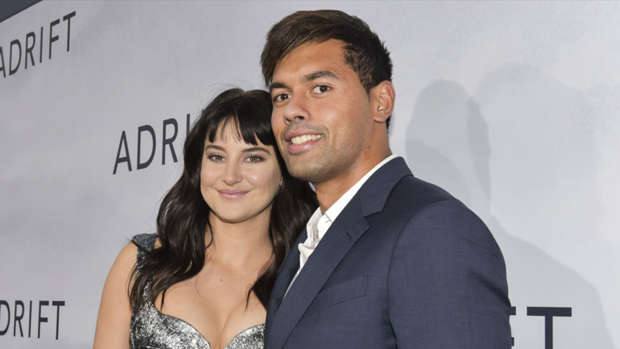 Shailene Woodley split from her boyfriend, former Crusaders and North Harbour rugby star Ben Volavola, after realising she wasn't able to "fully commit" to a relationship.

The "Divergent" star was dating Australian-born Fijian Volavola and they were "on the road to marriage and children" but she decided she couldn't be "available" to him.

She said: "I was in a relationship with someone and we were very much on the road to marriage and children ... [But then] I realised I was still at an age where I wasn't able to fully commit. I couldn't be available to him in the way that I wanted to be. I didn't fully love myself."

And the 28-year-old actress says filming her new movie helped her be "truthful" in her real life.

in less than 24 hours, this man along with his team of 23 Fijians will take on Australia in their first game of the 2019 RUGBY WORLD CUP with hundreds of millions around the globe watching. sports held no significance to me before i met Ben. over the past few years, i have learned more from the discipline, the dedication, the levity, the sacredness, the mental skills, the intensity, and the character exemplified in this sport than i have through any other medium. there is a community found in island rugby that will take your breath away. the way these men treat one another ... the way their families pray for and support them ... never have i been around such masculine men who also hold such sacred space for femininity. such reverence for their mothers, their partners, their grandmothers, aunties, sisters. i ask all of you to send a little prayer and some good grounding energy to the Flying Fijians for this World Cup. it’s a monumental and historical moment for this stunning nation, and i couldn’t feel more blessed to call these men my brothers, and to have one extra special one who will live in my heart forever as the first man to show me what TRUE unconditional support, love, grace, compassion, humor, comfort, and unadulterated joy looks like. au domoni iko FIJI !!!! #rugbyworldcup 🇫🇯 🇫🇯 🇫🇯 TOSO VITI TOSO!!!!!!

Speaking about her role in "Endings Beginnings", she added: "What improvising an entire movie does is forces you to be truthful in a way that even in your own life you're not truthful. Because of that raw, vulnerable state we submitted to while performing these characters, I learned a lot about what was and wasn't working in my personal life."

Shailene felt in the past she had been using relationships to "distract" her from getting to know herself.

She shared: "I was trying to use relationships to distract me from getting to know myself. I can't run from myself. I can try, but my house is not that big."

The "Insurgent" actress also opened about one of her ex lovers, who she said helped "heal" her relationship with sexuality.

She explained to Bustle: "I had a lover that taught me a lot about my own body and my own emotional connection to sex. That's when I feel like I healed my relationship with sexuality - when this beautiful man came into my life and helped me walk through that journey. I love sex. I think it is one of the most underrated, underappreciated, and undervalued experiences that we have."