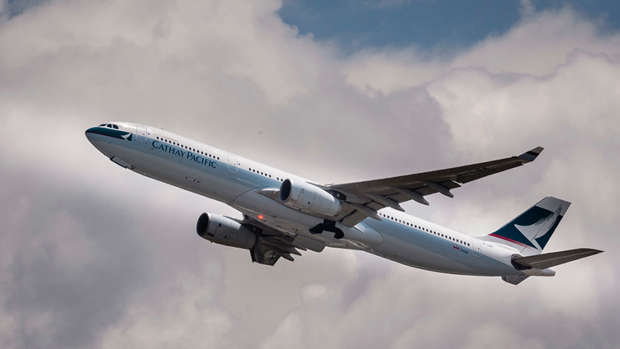 Cathay Pacific had to send a new plane back to the shop for a new paint job after its name was spelled wrong on the fuselage.

The Hong Kong-based airline accidentally had "Cathay Paciic" painted on the side of the jet.

Shockingly, the airline was only made aware of the mistake after travellers contacted them after spotting it at Hong Kong International Airport, the BBC reports.

The mistake is likely to cost several thousand dollars to fix, according to the South China Morning Post.

But Cathay Pacific saw the funny side.

"No one gives a F anymore, not even the painters!" joked one Twitter user.

Another added: "No f's were given that day."

No f's were given that day

Someone also came up with an awesome fix to the problem!

And although the airlines believe it was down to a mistake, an engineer for Haeco – Cathay Pacific's sister company – isn't convinced.

"The spacing is too on-point for a mishap," he told the Post.

"We have stencils. Should be a blank gap in between letters if it was a real mistake I think."