Kim Kardashian is known for her extravagant parties. Over the years she's had parties including renting out movie theatres, her Italian wedding or any one of their family's huge Christmas parties.

This year, Kim Kardashian served McDonald's Fries at her Met Gala after party.

The 38-year-old reality star co-hosted a lavish party following the Metropolitan Museum of Art's 2019 Costume Institute Gala on Tuesday alongside Serena Williams at Up & Down in New York which featured pink polar bear statues holding trays of McDonald's fries.

The A-list guest list included the likes of Hailey Bieber, Kanye West, Kylie and Kendall Jenner and Travis Scott, who is rumoured to have performed at the glitzy event. 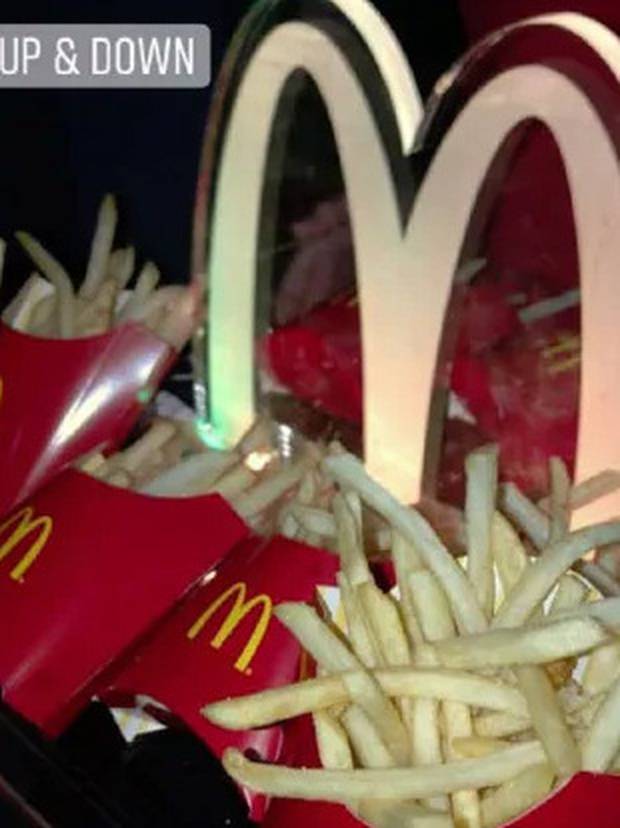 The venue was given a make-over for the party complete with a photo-booth, glitterball, starry night sky ceiling and red tasseled detailing on the walls.

Serena, 37, shared a snap of her guests enjoying the photo booth on Instagram while Hailey - who is married to pop star Justin Bieber - posted a photo of herself snacking on a pizza before the bash. Kim changed from her skin-tight beaded latex dress - which was Thierry Mugler's first design in 20 years and took eight weeks to complete - into a turquoise blue cut-out mini dress with a matching sparkling wig while Serena transformed the yellow and pink corset from her Gala gown into its own outfit with her bright neon Nike trainers still on full-display.

The theme of this year's annual fundraiser was on 'Camp: Notes on Fashion' a play on writer Susan Sontag's seminal essay, 'Notes on Camp'.

The Met Gala is the most exclusive event on the New York fashion calendar and this year was chaired by Serena, singer-and-actress Lady Gaga and pop star Harry Styles, along with Gucci designer Alessandro Michele and Vogue editor Anna Wintour.