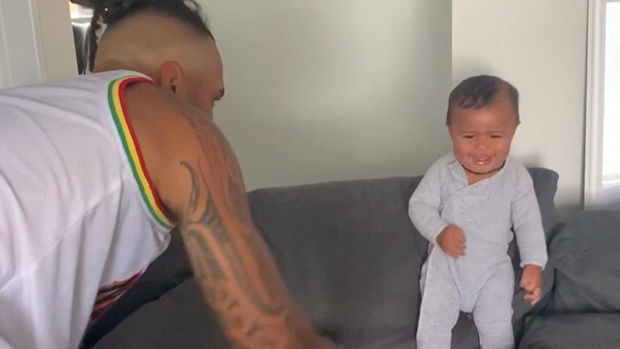 An adorable video of Sean Wainui and his son Kawariki doing a Haka has gone viral on social media again.

The cute as video of the two performing Ka Mate has had tens of thousands of views and comments and has been picked up by Facebook pages including video sharing pages like Māori Worldwide.

The video was originally filmed and posted back in January, but was way too cute not to share again!