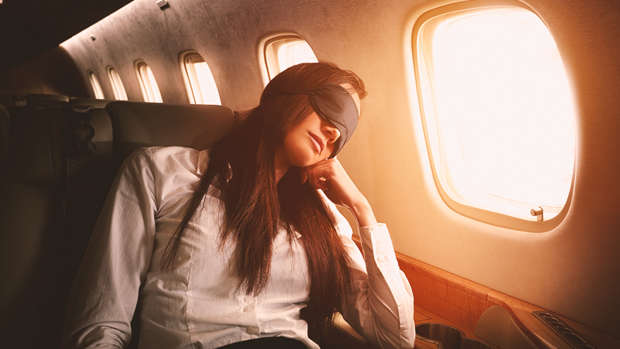 Lets be honest, we can't all afford to fly and when we can it sure as hell is not going to be first class. But... what if we told you now you can?

There are two words that are reportedly almost always guaranteed to get you a flight upgrade: "revenue management".

Speaking to Bloomberg, author and frequent flyer Tilly Bagshawe says that, while airlines prefer cold hard cash for upgrades, they also want to please frequent flyers and will release spare seats shortly before the flight for those who want to pay with air miles.

The trick, she says, is to get the seats before they are all snapped up.

The way to get it? Ring up the airline and ask: "Have revenue management released any first-class seats for miles upgrades yet?"

"When they say no, ask them to check or just be put through to revenue management so you can ask when they will release some," she told Bloomberg.

"The reason is that revenue management's job is to make sure a flight is profitable, so they're the ones telling [reservation agents] what they can say; they're like Flying Club's boss.

"Not everyone knows that this department exists, and by mentioning it you reveal yourself as someone who knows how things work and understands how seats are released."

According to Bagshawe, most of the times she's asked airlines this question, she has ended up receiving her upgrade (or at the very least told to call the next day about one).

There's only one catch: the trick is only likely to work if you are actually a frequent flyer (in fact, you have to be one of the airline's top frequent flyers).