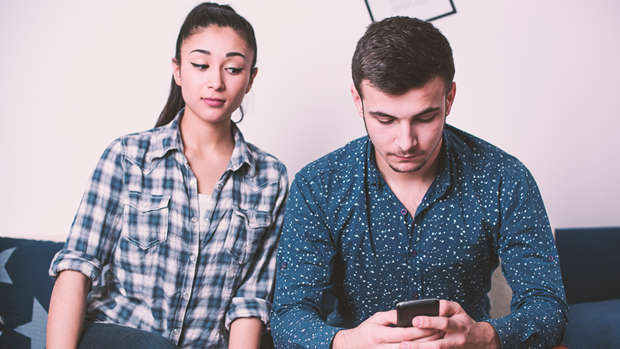 Sadly, cheating is very much a fact of life these days. Almost all of us know someone who has cheated before, but it doesn't make it any easier to deal with.

So one wife thought she would give her husband the ultimate test. Here's what happened.

This woman really wanted to know how her husband would react if she told him that she was leaving him, so she wrote a note and hid under the bed. The note explained that she was tired of him and didn't want to live with him anymore.

When her husband came home, the woman waited under the bed eagerly, nervous to see how her partner would react.

He paused to read the note, wrote something down and began singing and dancing as he got changed.

Much to the woman's dismay, her husband dialled a number and started speaking to someone on the phone, "Hey babe, I'm just changing clothes then will join you, as for the other fool, it has finally dawned on her that I was fooling around with her and left. I was really wrong to have married her, I wish I had known you earlier. See you soon, honey!"

He then left the room.

The women, heartbroken and in tears, got up and looked at the note her husband had written on.

It said, "I could see your feet you idiot, I am going to buy bread."