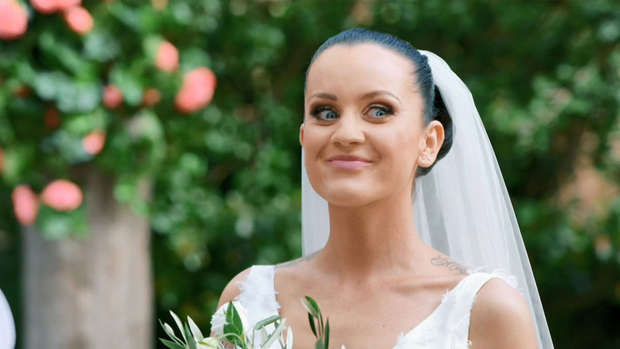 She may have departed the new season of Married At First Sight Australia after having an affair with Sam Ball, but Ines Basic is still finding ways to be the talk of the town.

Just when you think you've seen it all, the TV villain shocked onlookers when she was caught kissing fellow contestant Martha Kalifatidis while celebrating her 29th birthday at a club in Melbourne last week.

Yep, we WEREN'T expecting that either!

she my homie got my rolé

According to NW magazine, onlookers said the girls were "all over each other" and "loving the attention."

While another onlooker told Woman's Day: "Ines seemed to be instigating the kiss, but it's not like Martha refused!"

READ MORE: This Married at First Sight star has gone full nude on Snapchat and there may now be some regrets

"They didn't care who saw them and they were acting very flirty the entire night."

While fans are convinced the smooch was just a bit of fun to extend the girls' 15 minutes of fame, Matha's onscreen husband Michael Brunelli was reportedly left furious after seeing the photos.

According to the publication, the 27-year-old primary school teacher was shocked to learn of the hook-up.

A source told Woman's Day: "Michael thinks Ines is a bad influence on Martha. He'd prefer it if they didn't hang out as much as they do. Their friendship is definitely causing a rift between them."

If you're interested, NW magazine has shared photos of the kiss here.