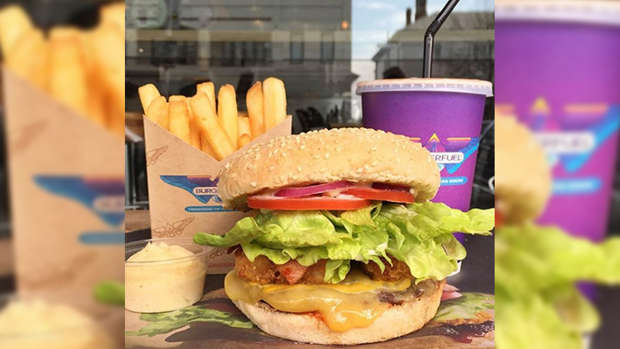 DID YOU KNOW: that you can get mixed spud fries and kumara fries at BurgerFuel!

Since a lot of people didn't seem to be aware of this, we thought it'd be about time to re-share this article that actually tells of other secret menu items at the burger chain! YAAAAS.

A secret menu is when a food establishment has a menu that is not displayed in the store or advertised, and only known via word of mouth.

U.S burger chain, In N Out, is probably the most well-known eatery to offer a secret menu.

But NZ's own BurgerFuel has one too! Below is a list of the secret menu items at the burger joint that we know about. There may be many more that are super secret!

- "Noah's Ark" which has two patties of each chicken and beef, and two layers of bacon. We've heard that this one is a bit pricey though!

- Mixed kumara and spud fries - we don't know the exact name of this dish to order it, but we're sure if you ask nicely they'll oblige.

@sbuxRYRY secret menu, only for the highly observant, those in the know, or both

- "Pontiac Pickle" and "Studnut Stilton" are two we've also heard of, but we don't know what is involved in either of these orders, so order at your own risk!