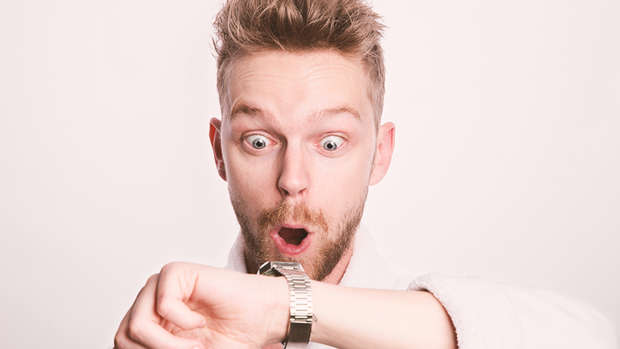 "Better late than never?" I'm not so sure. But, of course, we all have those situations when we just can't get to work on time, right?

In fact, a new survey by human resources services CareerBuilder of more than a thousand human resource managers and another 800 employees found that there were many familiar reasons for employees coming in to work late.

None of the explanations is unfamiliar. However, there were a few other reasons for lateness submitted that would certainly raise eyebrows. For example, one employee said "I had morning sickness" which would be understandable, except the employee was a man. Another complained that ". . .an astrologer warned me of a car accident on a major highway, so I took all back roads, making me an hour late." My favourite came from one woman who said that she was late because her "fake eyelashes were stuck together." One thing's for sure: innovation is not dead!

Sure, these excuses are funny . . . but not to employers. A majority of them in the CareerBuilder survey said they expect their employees to be on time every day. So important is this that 42 per cent of employers said they've fired an employee because of tardiness. This is not a minor problem in the American workplace. Almost 25 per cent of the employees surveyed said they come in late "at least once a month" and 12 per cent are late on a weekly basis.

The good news is that most employees get it. A full 65 per cent of them said that they stay later to make up for any tardiness. However, most workers do think it's time to change how we think about the workday. Almost two-thirds in the survey think that today's 9-to-5 workday is antiquated and 88 per cent of them think that the day's start and end times should be more flexible.