Jamie Foxx has a message for his "friends who aren't black" as he calls for justice in the wake of US man George Floyd's death.

Floyd died after being arrested and pinned to the ground by a Minneapolis police officer over suspicion Floyd had used a counterfeit bill.

The US has erupted in protest over the man's death and movie star Foxx has weighed in with a message for his "friends who aren't black".

Jamie Foxx joins social justice advocates in Minneapolis, Minnesota, in solidarity over the death of George Floyd: "All I wanted to do is let you know that we're not afraid to stand...we're not afraid of the moment." https://t.co/elUVBZ8dWy pic.twitter.com/StA6R7mH2u

Foxx said In a gathering with social justice advocates, Foxx told the crowd: "We are not afraid of this moment.

"When we see you guys out on the frontline, we want to let you know you got support," he said before adding: "To all of my friends who aren't black, just try to put yourself in our position."

Foxx's statement is one of several made by Hollywood stars over the past few days.

US superstar The Rock posted a heartfelt tribute to Floyd, calling for justice amid the "ongoing disease" of racism and police brutality in the US.

The Jumanji actor posted a note on Instagram for his 184 million followers saying he was "stunned trying to make sense of George's Floyd's death."

Past few days I’ve been stunned trying make sense of George Floyd’s death. The video. The plea for breath. The callous response. The racism. The killing. This is our ongoing disease. I’ve had cops in my family. Good men. And there’s a cop code, granting you the authority to use force if your life is in danger. But when a man is handcuffed, on the ground, no longer a threat, with your brothers in arms standing around watching and he struggles to say, “please I can’t breathe” when your knee is on his neck.. not his back, but his neck - cutting off his air. Cop code must become moral code. Ethics code. HUMANITY code. Knowing that if you don’t ease up, then that man is going to die. So when you decide to not ease up, your intention is to kill. And that’s what this was. George Floyd, said “officer I can’t breathe” as he struggled for air. He said these words a total of 15 times. Not once. Not twice. 15 times. These officers will be charged, I’m positive of that. Held accountable. But then where’s the greater accountability? The leadership to healing. More importantly, the leadership to EQUALITY. We ultimately win when we can normalize equality. I’m so sorry to the Floyd family. My heart breaks for you. Let the process begin now. #JusticeForGeorgeFloyd #NormalizeEquality

Oprah Winfrey shared on Friday that while Americans speak "George Floyd's name" it was her intention that it wouldn't become "just a hashtag".

"I haven't been able to get the image of the knee on his neck out of my head," she said in a statement online.

"George Floyd: We speak your name. But this time we will not let your name be just a hashtag. Your spirit is lifted by the cries of all of us who call for justice in your name." 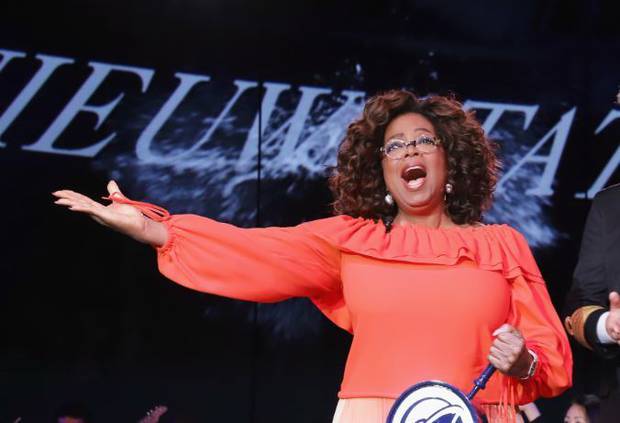 Beyonce also posted a message to Instagram, sharing that she is "broken and disgusted" by what happened to Floyd, footage of which has circulated around the world.

If you want to demand more charges brought on all those involved in the death of George Floyd, click the link in my bio to sign the petition.

Basketball star LeBron James has also posted a tribute to Floyd, of himself wearing a black T-shirt with the words "I can't breathe" on it – what Floyd repeatedly told the US officer who was kneeling on his neck.

And he posted a picture of Colin Kaepernick alongside the US cop kneeling on Floyd, encouraging his followers to "stay woke" over racism and police brutality.