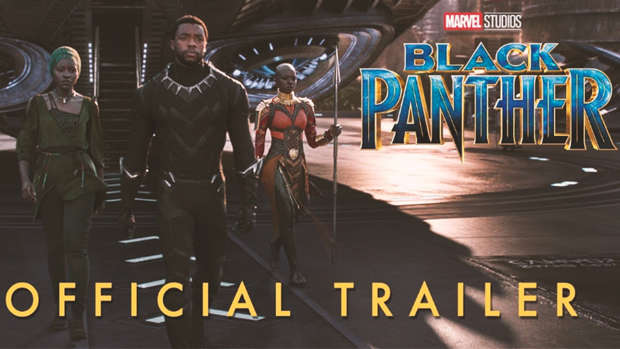 This week at the Super Bowl we got a bunch of new trailers for a lot of well-hyped films: Jurassic World, Solo: A Star Wars Story, Mission Impossible 6 and more.

One highly-anticipated film didn't feature though - Black Panther. And then people realised how little hype the film's actually had, especially considering it's Disney, Marvel and an all-star cast with a killer soundtrack curated by arguably the biggest rapper in the world., Kendrick Lamar!

Meanwhile, a bunch of attractive white guys on adventures and not-so-impossible missions have hit the Super Bowl, talk shows, news stories and social media in a big way.

But people are saying that all these spinoffs and sequels are just more pointless movies. Nobody needs another blockbuster led by a straight, white, male as the classic (see: played out) lovable rogue, going on misadventures with a cast full of sidekicks.

To be honest, you could just cut them all together, make Solo: A Guardians of the Galaxy Story starring Tom Cruise and some dinosaurs and no one would know the difference huh?

This is exactly why you should be so excited about Black Panther.

It's more than just another blockbuster. It's a film made by and almost exclusively starring people of colour, who aren't sidekicks and footnotes but kings and queens. A film where the women are beautiful but also fearsome warriors and who - if early reviews are to be believed - have voices which are taken into account. It's an African universe inside the Marvel universe which we all know has been a whitewash up 'til now - Wolverine, Captain America, Thor, Iron Man, Hulk, Spider-Man and even Ant-man, all got franchises. But Blade remains the only hero of colour to ever receive the same treatment.

And if you think there's not an element of racism involved here, let me point out the Facebook group full of people who organised a mission to purposefully lower Black Panther's rating on review aggregate site Rotten Tomatoes. This is absolutely insane!

The group's name? Down With Disney's Treatment Of Franchises And Its Fanboys. I kid you not. They also tried a similar stunt against The Last Jedi last year because the studios' attempts to diversify were actually attempts to "shove SJW (Social Justice Warrior) messages down our throats" and "minorities ... should stay that way".

When the trailer was first released, people on Twitter called it "too black" and lamented having a "n***** movie" about a "domestic terrorist [with] racist followers that hate white people". Wow, just wow!

Here's a thought: When you grow up only seeing people of colour on screen as sidekicks, standing in the background, keeping quiet, it does something to the way you see yourself and your place in the world; your willingness to step up, stand out and take ownership. And I don't know if any of us ever really get over it - I've spoken with friends about how no matter what, we still find ourselves stepping to the back, holding our tongues or denying our own accomplishments.

But now, to have this entire universe of people of colour in a blockbuster from the world's biggest studios, it feels like Time's Up on that too.

People want films like this and the numbers prove it: The trailer clocked 89 million views within 24 hours, it's been hailed by critics as a game changer, has a 99% rating on Rotten Tomatoes, and it's slated to outsell all three of the latest Marvel films with an estimated record-breaking opening weekend figure of $150 million.

With success like this, Black Panther could wake Hollywood up to the fact that people of colour have stories worth telling and maybe Donald Glover's Lando will lead the next Star Wars film or X-Men's Storm will get an origin story.

But more importantly, it's a film that could change how a new generation sees themselves and each other.

It's definitely a game changer.