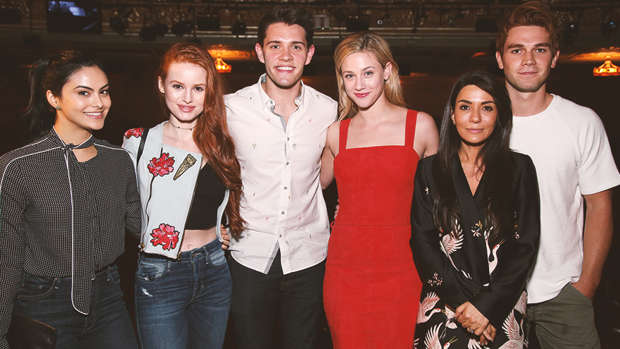 As far as TV fan go, there's nothing quite as big as Riverdale right now! You have to be super careful at getting the balance right between their favourite characters, otherwise, watch out!! Those fans are coming for you.

For example, Toni Topaz was announced as the character to get between Betty and Jughead in season 2.

Clearly, these fans can be dangerous but the Riverdale fans have gone into overdrive over the tweet Roberto Aguirre Sacasa (The show's creator) put up overnight.

Six more days to our sexiest episode of #Riverdale ever. And I’m NOT just talking about the hot tub scene… pic.twitter.com/2DtvBLibCF

"Six more days to our sexiest episode of #Riverdale ever. And I'm NOT just talking about the hot tub scene" the photo was captioned.

I'm packing my bag and existing the premises anyone else coming? pic.twitter.com/IEVv5HBJKk

And meanwhile, back in town… pic.twitter.com/Syb7QbkuzQ

Riverdale has become quite the hit here. Let's hope nothing crazy happens when the episode airs.