Kiwi actor Temuera Morrison has reportedly signed on to play Boba Fett in The Mandalorian season 2, set to release in October.

Morrison previously portrayed the bounty hunter's father in Attack of the Clones, then as a cloned soldier Commander Cody in Star Wars Episode III: Revenge of the Sith.

He is now returning to the Star Wars franchise to play Boba as an adult, keeping continuity with the canonical special edition of The Empire Strikes Back, in which Morrison re-recorded Boba's dialogue. 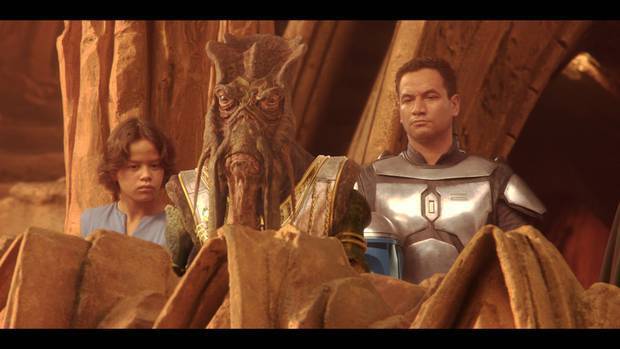 He has also voiced the two Fetts in various Star Wars videogame spin-offs.

The Mandalorian is set after the fall of the Empire and before the emergence of the First Order. It follow the travails of a lone gunfighter in the outer reaches of the galaxy, far from the authority of the New Republic.

Taika Waititi directed the final episode of season 1, and earlier this week Morrison congratulated him on the announcement of his writing and directing a Star Wars film. He also jokingly offered some casting advice, saying the Prime Minister should have a role.

"I think he should put Jacinda in the movie, for all the great work she's done. Princess Jacinda. She can be the new Princess Leia,"he told Newshub.

"And here's looking forward to a new Star Wars where we might see a planet full of Māori!"