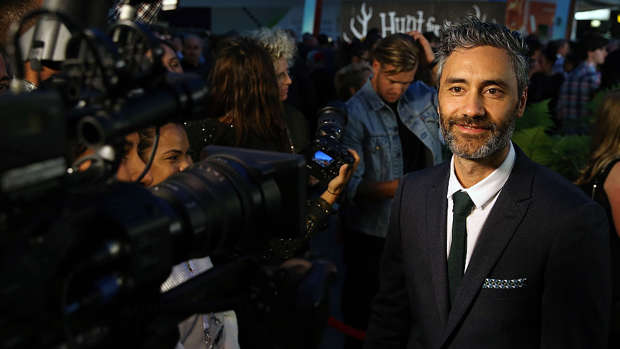 New Zealand's own Taika Waititi is about to receive a major award in filmmaking at one of the biggest film festivals in the world.

The heads of the Toronto International Film Festival today announced that the Oscar-nominated director will be honoured with the Ebert Director Award at this year's new Tribute Gala awards event.

According to TIFF, the award "recognises and honours a distinguished filmmaker for their outstanding contribution to cinema".

Co-head Joana Vicente says, "Taika Waititi is one of the most innovative, bold, and exciting filmmakers working in the industry right now. TIFF is thrilled to honour his extraordinary talent."

I often get asked to direct movies because I have a certain reputation for being smart and responsible. I also often try to pack a suitcase and get distracted spending 15 minutes taking photos of myself in tit hats.

"His films are full of razor-sharp humour, faultless style, and boundless generosity. Somehow he manages to stuff both indie hits and massive crowd-pleasers with big, radical ideas."

Waititi's latest film JoJo Rabbit - a satire involving a ludicrous imaginary version of Hitler - is set to have its world premiere at the festival.

Waititi made his mark on Hollywood when he directed Marvel's Thor: Ragnarok, which made over $850 million at the box office worldwide and changed the tone and direction of the entire franchise.

He also write and direct the upcoming sequel Thor: Love and Thunder.

Other films include the likes of Kiwi favourites Boy and Hunt for the Wilderpeople, as well as What We Do In the Shadows, which he co-wrote, co-directed, and co-starred in with Jemaine Clement.

He was nominated for an Academy Award for his short Two Cars, One Night.