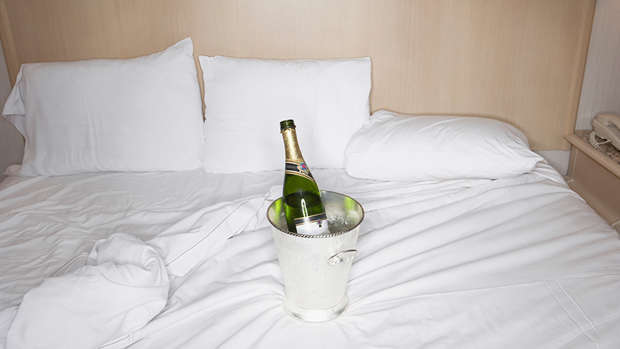 Whoever said a glass of wine was bad for you?? Well not only is it enjoyable, but we're about to tell you that you're better in the bedroom department.

Yep, you're better at the sex.

Non-wine-drinkers will not be happy with this study's findings. But it's never too late to change over and become a wine drinker!!

Nothing like a cheeky $7 bottle of wine on sale at your local supermarket.

According to a University of Florence study from 2009, women who drink two glasses of wine a day are not only better in bed, but they’re also more satisfied than those who don’t drink any wine at all, or who only have one glass.

The study surveyed 800 women between 18 and 50, asking about their levels of sexual satisfaction using the Female Sexual Function Index.

More wine = better sex! Win, win if you ask us!

The lead author, Dr. Nicola Mondani, told the Daily Mail, "Historically, the aspects of wine and sexuality have been well known since the time of Ancient Greece.”

She agreed there are limits to this theory and it loses its effect if too much wine is consumed. Let's be honest, you're probably not going to be much use to anyone after drinking a few too many glasses and you're hurling into the bin!

All in moderation as always!

What's good with a glass of wine? A big bowl of pasta because apparently eating pasta can help you lose weight!