A young Wallabies fan who streaked nude except for a green and gold jacket and his shoes at a Rugby World Cup match over the weekend is still in custody.

He could be kept in custody for up to 23 days. The man is yet to be released from his holding cell, Japanese police told the Sydney Morning Herald.

"He is still at the police station. We cannot disclose any other information," a police spokeswoman said on Sunday evening.

He was receiving support from Australia's Department of Foreign Affairs and Trade.

The streak took place during the Wallabies match against Uruguay on Saturday in the Japanese city of Oita. Australia was far too good for the men from South America, the final score finishing at 45-10. 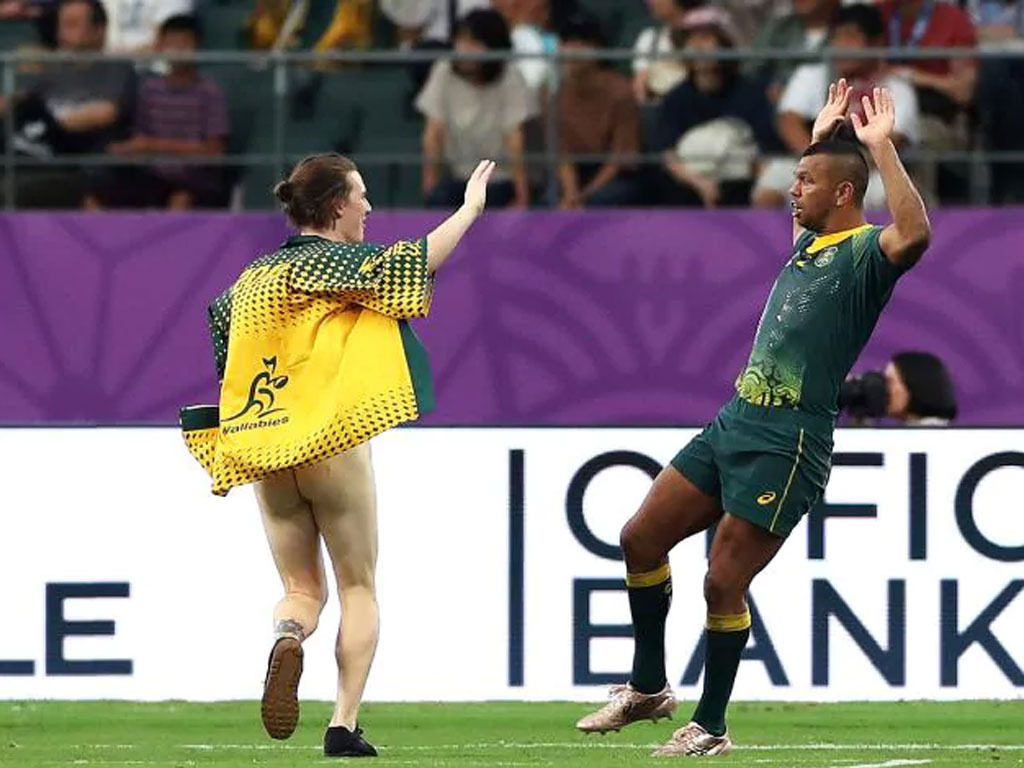 However, it was the streak which caught the eyes of most rugby fans and the young man even stunned Wallabies fullback, Kurtley Beale.

The man ran onto the field and tried to get a high-five from Beale before running back into the crowd, where he was taken into police custody.

Beale took to social media on Saturday night, suggesting the streaker hadn't done himself any favours.

Beale also addressed the situation in his post-match media interviews, saying he was "spooked" by the streaker.

"He caught me by surprise," Beale said. "I heard the crowd cheering and I thought, 'what is going on? Are they cheering because of the ruck? The ball is just in the ruck.'

"Then all of a sudden I felt something come over my left shoulder and he came up and he spooked me.

"I don't think he got caught, he went back into the stands and enjoyed the rest of the game."

The man had been in contact with family since the incident, the Sydney Morning Herald reports.

Meanwhile, Oita police would decide today whether to release the man or seek the authority of a prosecutor to hold him longer.

In Japan, police can hold a person for 48 hours after an incident. A prosecutor could then hold the person for an additional 24 hours before presenting them before a judge.

A judge could then either approve 10 days detention, or follow it up with a second 10-day extension. After 23 days, police would have to file formal charges or let the defendant go.