A commuter train between Hamilton and South Auckland will finally roll out on August 3.

The start date was announced by Transport Minister Phil Twyford today, who said the service named Te Huia would consist of two morning trains from Hamilton to Papakura and two return evening services each weekday. 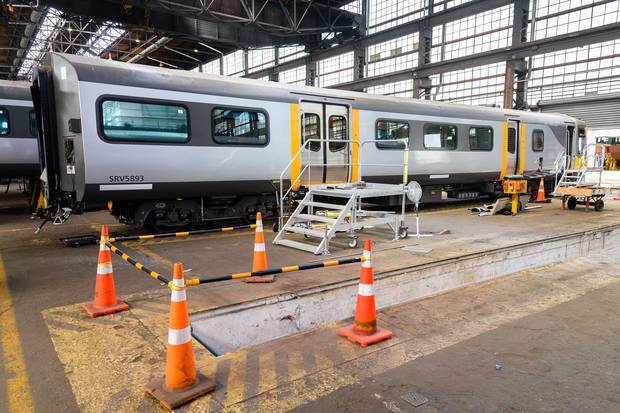 It comes after the main drivers of the project, Hamilton City Council, had to push back the start date from June 22 because lifts needed at one station made in China were held up due to the impacts of Covid-19.

Councillor Dave Macpherson, who has championed the project, said the council was planning for the lifts at the Rotokauri station to be installed and working by August 3, and other suppliers outside of China were being considered.

"And we note that China is now coming back 'on stream' so the comment that the lifts won't be ready is definitely premature and in our opinion unfounded."

Hamilton mayor Paula Southgate said the total project cost to develop the Rotokauri Transport Hub near The Base shopping centre is $29 million, of which $18.5m was contributed by central government through Waka Kotahi NZ Transport Agency subsidies.

"The new rail service will be great for commuters and day-trippers and is a true partnership between local, regional and central government as well as Crown agencies," Southgate said.

She said the lifts at Rotokauri may not be complete due to the international supply chain issues which had delayed delivery of the machinery.

"The council is working closely with Downer NZ to get the machinery delivered and installed as soon as possible."

The train trip would take a commuter travelling into Auckland central business district 2 hours and 20 minutes, swapping to Auckland Transport's electric rail at Papakura. Hamilton to Papakura would take 88 minutes.

A single return train would operate on a Saturday. Times are still being confirmed but departures are currently set at 6am and 6.30am from Hamilton and 5.30pm and 6.30pm from Papakura.

The service will start in Frankton, stopping at Rotokauri and Huntly before heading on to Papakura.

Waikato Regional Transport Committee chairman Hugh Vercoe said construction of a rail platform, park and ride facilities, bus interchange, roading upgrades, passenger bridge and stairs at Rotokauri would be complete when the service starts in August, but the lifts were in question.

"It's not what we had hoped, but in Hamilton the station at Frankton is accessible and we're working closely with the regional council's public transport team on options to make sure people with mobility issues can use the new service."

Twyford hailed the service as a "crucial connection" between the two major cities.

"It will allow up to 300 people to get to and from Auckland each day, helping reduce congestion on our highways and transport emissions."

He said the new service was part of a wider vision to enable development along the Hamilton-Auckland growth corridor and connect New Zealand's fastest growing job hubs.

"The South Auckland/North Waikato area is growing and it's important that we are thinking about the big picture and develop the right infrastructure to unlock that growth.

"The Ministry of Transport also has work under way to investigate options for rapid rail between Hamilton and Auckland," he said.

During that period the service will be assessed to see where improvements can be made. "It's a major turning point for the project and will give commuters certainty so they can plan their future travel."

The two carriages per train are still being fitted out and will be equipped with Wi-Fi, air-conditioning, tables, power and USB points, and toilets.

Work started this week on the Huntly station and associated park and ride facility, which are expected to be completed in time for the launch of the service.

The cost of a one-way smartcard fare from Hamilton to Papakura will be $12.20, with a trip from Hamilton into Auckland CBD costing a total of $18.50 if using an AT HOP card on AT Metro services.

Smartcard fares between Huntly and Papakura will be $7.80.