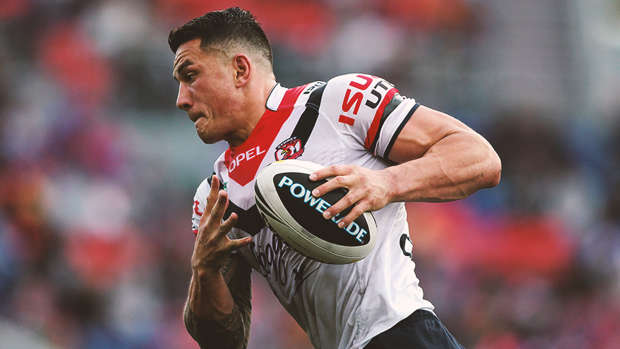 The big man is on the move again, or so reports say. Sonny Bill Williams is rumoured to be heading back to the NRL after apparently being told he was not part of All Blacks' 2019 Rugby World Cup plans.

Interesting rumour... but think about this. That would mean Sonny Bill would have to be released from his Super Rugby contract which runs through until 2019, or given a sabbatical.

That's not the only thing though, for him not to be in their plans for the 2019 World Cup seems rather absurd. This would mean they're cutting ties with their first choice second five who started 13 games for the All Blacks last year?? Jimmy Smith who has played 120 NRL games says the deal has already been signed and Sonny Bill will return after the Super Rugby season and he will return to the Roosters ahead of the 2018 finals.

His potential return would be a boost for the NRL premiership favourites, who have already added big guns Cooper Cronk and James Tedesco to their squad for 2018.

From league to boxing to rugby, this man can do anything he wants!

See you next month for the next episode of this never-ending drama.