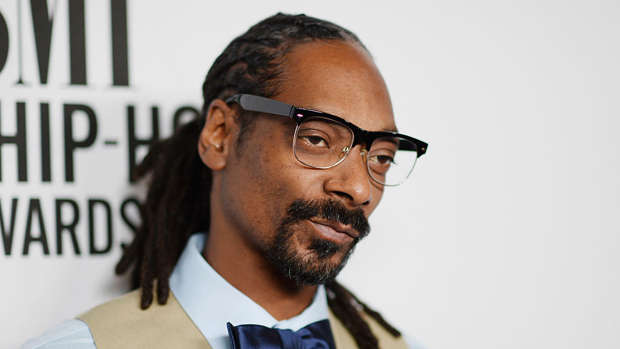 In a post which included an image of Kai's name plaque at the hospital, as well as a video of his 13-month-old daughter Elleven Love giving her baby brother a kiss, Corde wrote: "My Son Kai brought so much love and positivity into this world. His energy will live on and these 10 days of love will always be special to us. Let's all cherish life and those we love while we are here. Thank you"

Corde, 25, had Kai with his partner Soraya, who is also the mother of Elleven. He is also father to a four-year-old son named Zion, whom he has with his ex-girlfriend Jessica Kyzer.

Snoop is yet to comment on Kai's tragic passing, but previously said he prioritises his family - including Corde and his other children, 22-year-old Cordell, and 20-year-old Cori, whom he has with wife Shante Broadus, and 21-year-old Julian, whom he fathered with Laurie Holmond - over everything else.

Thank you for all the condolences. I think we missed the biggest lesson tho. My son did all he needed to do in his 10 days here on earth. He has now graduated and continuing to do work. He died in my arms and that feeling of energy will never leave me. Kai wants all of you to kno he’s doing great and wants to continue to inspire those who light is dim. It makes perfect sense to me why 2 spiritual loving and healing people like me and Soraya was given an angel like Kai and now we will use his energy to raise 11 to the best person she can be for ALL of us. Life is beautiful y’all and I want y’all to kno Soraya is at peace and is moving forward with huge smiles and A little baby running around thinking she grown 😁😂🤙🏿. Jus want to use my spotlight for happiness and growth and not anything less than. Thank you! Now let’s get back to our soul purpose - Kai Love

He said: "Well, I think I'm about a seven plus. I've got three things that I can work on, but I feel like my relationship with my kids is more important than anything. It's a friendship relationship. It's based on me being a father, a mentor and a friend to where they can always talk to me and feel like they don't have to run away from me."

And the 'Young, Wild & Free' hitmaker has also said he wants to be a very liberal grandfather.

Speaking after the birth of his first grandchild Zion, he said: "I'm going to be a gullible, get away with everything kind of grandfather. That's the third generation of what we're doing. It's just a spark of joy to look in his eyes and be able to hold him. I thank my oldest son Spank for making me a grandfather."

Snoop is yet to post to social media about the sad news.