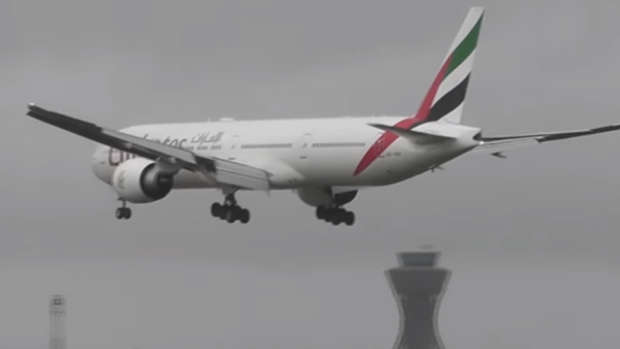 Dramatic footage has emerged of the moment an Emirates Boeing 777 was forced to abandon a landing at the very last moment into Newcastle Airport in the UK.

After touching the tarmac, the landing was aborted due to the heavy crosswinds. This impromptu "go around" was captured on video by aviation enthusiast Jonathan Winton.

The video of the scary landing was posted on YouTube and has since had more than 70,000 views.

It turns out the hard landing caused damage to the plane's hydraulics in the rear wheels/gear.

Known as a 'crab' landing, the sideways approach to the runway is designed to counter landing in strong crosswinds. They are a standard part of a pilot's training but bound to be unnerving for any nervous flyers onboard.

Sure glad we weren't on that flight!!