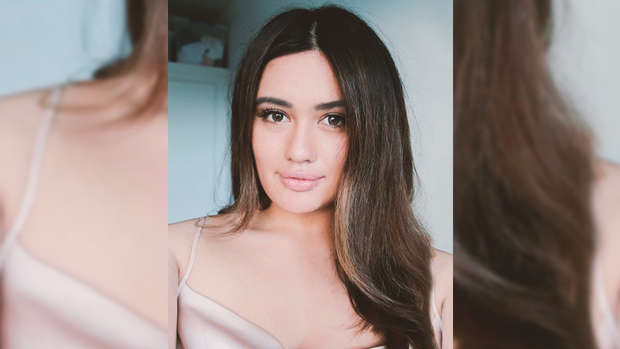 A 23-year-old woman, who lost a staggering 50kg, has revealed she had gastric bypass surgery because she didn't want to disappoint her Insta followers after she secretly put the weight back on.

But the New Zealand woman admitted she struggled to keep the weight off, and felt she had to hide her body online because she was constantly hailed as a weight loss inspiration.

In March 2018, I will be undergoing bariatric (weight loss) surgery via gastric sleeve! I wanted to share this with all of you as I’m incredibly excited and want to be able to OPENLY and HONESTLY share my experience with you all. 🙌 💕 Over the years, my weight has been something I’ve worked REALLY REALLY hard on. My discipline, determination and lifestyle changes have helped me to achieve significant weight loss in the past however my constant hunger is something that has made maintaining a healthy weight INCREDIBLY difficult. Within the last 5 years, I have lost, maintained, gained, lost and gained weight. This has been exhausting, physically and emotionally. 😱😥😩 So know that I haven’t made this decision lightly and that it doesn’t come from a place of hate towards my appearance or any negative feelings about myself. I have made this decision for MY long term health, to be able to maintain a manageable healthy weight for ME and not feel the constant desire to need multiple servings of HEALTHY food in one sitting. 💛🌸 For those of you who don’t know what this surgery is about, it will reduce the size of my stomach by approximately 90% while also reducing the hunger hormone (ghrelin) by a significant amount. This surgery is not sponsored nor publicly funded and I am grateful to be in a position where I am able to afford to have this done through the private system at a hospital close to where I live. 🙏🌟 This is just a snippet of what I have to share about this experience and there will be plenty more coming! If there’s anything you want to know about it or would like me share, let me know below. ☺️💭

'It was so hard because people were still messaging me saying that I was such an inspiration to them. I felt like I was letting them down, and like I had to hide it,' she said.

The young woman said she believed her weight spiralled out of control after struggling with her food portions.

'My body was constantly telling me I needed food and I didn't know what to do about it,' she said.

'I would cook these beautiful healthy meals but then I'd need three, sometimes four servings of it just to feel satisfied and full.

'It was so hard because I felt like I was trying my hardest to do everything right, but it wasn't working and I couldn't figure out why.'

According to Stuff NZ, Ms Omipi said she was at her lowest weight in early 2017, but over the past year she gained 60 kilograms.

But as her weight increased, she stopped documenting her journey because she said she felt she couldn't honestly motivate people anymore.

Last month, the Auckland-based Ms Omipi wrote a post explaining her situation 'openly and honestly' and that she was set to undergo gastric sleeve surgery in a bid to curb her weight issue.

'In March 2018, I will be undergoing bariatric (weight loss) surgery via gastric sleeve!' she wrote on the post.

THE REALITY 😱😷 This was me only 5 days ago - unposed, raw and vulnerable in my hospital bed moments after surgery. I lay unconscious and unresponsive like this for 4 hours before my eyes opened. My boyfriend took this photo of me in shock as he’d never seen me like this. 😢 I wanted to share this side of my journey because Gastric Sleeve Surgery IS NOT glamorous nor is it a decision that is made lightly. Those who choose this path are in serious need of change. In most cases, to even be considered for Gastric Sleeve Surgery you will have a BMI of over 40 which is classed as MORBIDLY obese. There are significant risks in the surgery alone - death, stomach leaks, internal bleeding, blood clots which could lead to a heart attack or stroke not to mention the risk of complications that can occur longer term. 😳 When I first chose to speak about my journey publicly, I promised to HONESTLY and OPENLY share my journey with you all 💕 I often share an incredibly POSITIVE approach to my journey because that’s just the kind of person I am and the vibe I want to release 🌸 In saying that, I don’t want anyone to have the impression (whether you’re considering having this surgery or whether you’re just watching along in support) that this is an easy solution to weight loss or a way to get that "Instagram bod”. I chose to make this decision because I wanted to prioritise my health so I could live a long and fulfilling life and any other positive changes are just a bonus. It’s going to take a lot of hard work, at times pain and lifestyle changes to conquer. 🙌🌟 I can’t wait to share more of my journey with you - the good, the bad, the ugly! On a side note, my vlog of my Gastric Sleeve Surgery along with the time I spent in hospital will hopefully be live this week over on my Youtube! Check out my link in the description so you can subscribe and be notified first. 🎉

'Over the years, my weight has been something I’ve worked really hard on.'

'My discipline, determination and lifestyle changes have helped me to achieve significant weight loss in the past however my constant hunger is something that has made maintaining a healthy weight incredibly difficult.

'Within the last five years, I have lost, maintained, gained, lost and gained weight.'

She said her struggle had been 'exhausting, physically and emotionally' and her decision to undergo gastric sleeve surgery was a one based on her 'long-term health.'

'For those of you who don’t know what this surgery is about, it will reduce the size of my stomach by approximately 90 per cent while also reducing the hunger hormone (ghrelin) by a significant amount,' she continued.

Ms Omipi also revealed her choice to undergo the operation was influenced in part by her friend, and fellow New Zealander Simone Anderson, who lost 92 kilograms after she underwent surgery in 2015.

And just three days ago, Ms Omipi underwent gastric sleeve surgery - and said her life has already improved as a result.

'I'm not going to have to have food on my mind constantly,' she said.

'I used to be at a point where I would be eating dinner but wondering what I was going to make for dessert, and breakfast the next day. It becomes quite obsessive.'