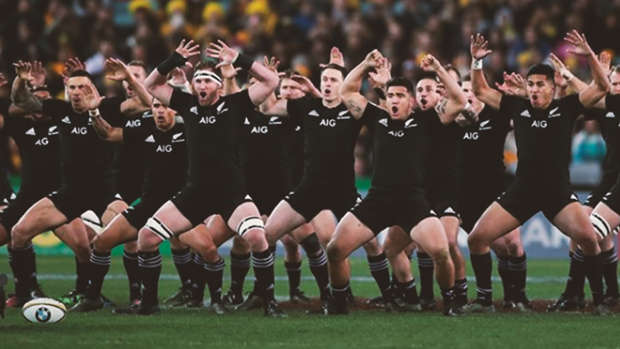 New Zealand rugby could be about to lose three more high profile players.

Ngatai's signing with Lyon is understood to be all most a done deal, Tamanivalu is believed to be close to committing to fellow French club Bordeaux Begles.

This comes hot on the heels of Lima Sopoaga, the 16 test All Blacks first five-eighth, who left NewZealand in his prime to a mega deal worth $1.13 million (NZD) per year with Coventry-based Wasps.

Tamanivalu's probable exit seems surprising after reviving his hope on the edge with the Crusaders last year. His comeback to the All Blacks, a year on from his first three tests in the midfield, saw him impress against the Barbarians and French XV last November.

Dig a little deeper, though, and we can see why he may be running for the hills, the outside backs will be one of the most hotly contested areas in the All Blacks.

Like Sopoaga, Tamanivalu may be keen to strike while his value is high rather than waiting to push for a place in the World Cup squad. Born in Fiji, he may also have family back home to support.

2017 Footy season is coming to an end.Thanks for all the support during this year it’s been awesome.Now looking forward to head home and spend time with the family 🌴☀️ #Blessed

With Israel Dagg, Ben Smith, Jordie Barrett and Nehe Milner-Skudder all due to make their anticipated returns this season, and Rieko Ioane and Waisake Naholo proving their test credentials, Tamanivalu could easily slip down the pecking order, no matter how compelling his form.

While not a natural wing, Tamanivalu's gifted physical attributes made him a force after shifting from the Chiefs to the Crusaders. The 25-year-old is just beginning to showcase his rounded abilities, and now that talent may be lost to offshore riches.

Ngatai may not have the same headlines as others but he is probably the biggest loss.

Unlike other areas, depth in the midfield, particularly at No 12, is not stacked, and someone with as much experience and pure class takes many years to develop.

Unfortunately for Ngatai, who has captained New Zealand Maori, the Chiefs and Taranaki, repeated concussion robbed him of the chance to grab his opening with the All Blacks, restricting him to one test in Samoa in 2015. Fully fit he could easily have reached double figures by now. It has been a case of what might have been.

As for Taufua, the bruising blindside who came close to All Blacks selection in 2016, he, too, may have run out of patience. England-bound Brad Shields could empathise.

With Vaea Fifita and Liam Squire storming past Jerome Kaino, that's another weighing on his future, with others getting in their way.

Taufua, a strong ball carrier but lacking height, may feel the time is right to set himself up in France or Japan.

For these three, the reality is they are sitting on the fringe of the All Blacks and, therefore, fall into the 'at risk' category of those who can usually double – sometimes triple – their earnings abroad.

When it comes to this often underrated middle tier, New Zealand Rugby can only do so much to counter the poaching.

As we've seen with Sopoaga, it is difficult enough now to retain even those within the regular All Blacks match-day squad.