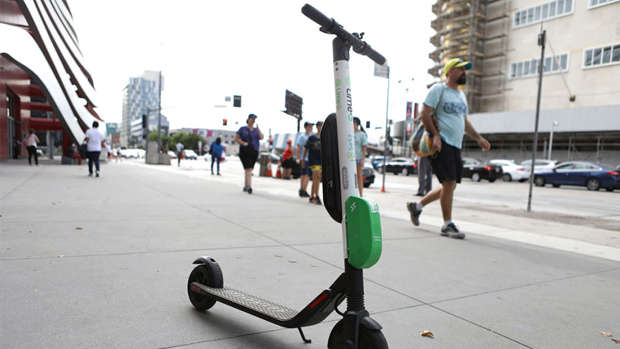 He said Lime's license had been reviewed and temporarily suspended.

"It has not been an easy decision... but our focus has been on the insurance of safety," he said.

"We are not prepared to trade in that safety dimension."

Lime has said that they will implement firmware to address the wheel locking issue. Outside organisation Exponent is also being brought in to analyse the firmware fix, along with an independent reviewer.

A report is due in by Monday, then Auckland Council will make a further decision on the temporary suspension.

Auckland Transport chief executive Shane Ellison said the most important thing is that they get the reassurance and comfort that the scooters will be safe.

Senior representatives from the San Francisco-based company met with council officers this morning, who gave them until midday to provide information on safety issues following a spate of incidents in which scooters' front wheels locked.

Several people have been injured after the front wheel of the Lime e-scooter they were riding locked up including Auckland man Liam Thompson.

Thompson was injured riding a Lime on Friday night after the front wheel locked up and he flew over the handlebars.

The 27-year-old suffered a broken jaw and cuts and grazes all over his body.

At least two other men have been injured riding the e-scooters in similar incidents.

A spokesperson for Lime previously said it "recently" became aware of the operational issue affecting certain scooters and an investigation was under way.

"While the issue is still under investigation, user safety is our first priority and the affected scooters have been removed from circulation.