Kiwi superstar KJ Apa might just have a new girlfriend, as he was reportedly seen putting on a fair few public displays of affection with actress Britt Robertson at a Comic-Con party at the weekend.

PEOPLE report the pair were "holding hands throughout the night" and that KJ had his arm around Britt's waist. The pair also reportedly shared a kiss.

KJ, 22, and Britt, 29, previously worked together on the 2017 film A Dog's Purpose and are both set to star in the upcoming Jeremy Camp biopic, I Still Believe.

Britt has formerly been linked to actor Graham Rogers, as recently as December. Prior to that, she dated Teen Wolf star Dylan O'Brien from 2012 until they split in 2018.

Meanwhile, this is the first time KJ has been romantically linked to anyone since shooting to Hollywood stardom in Netflix's hit series Riverdale.

He previously told Cosmopolitan that he was "just waiting for the right time, right girl", adding to Seventeen magazine; "it's not for us to decide when we meet the love of our lives."

KJ was also spotted catching up with fellow Kiwi star Karl Urban at Comic-Con, posting a snap of the pair together and calling Karl a "legend". 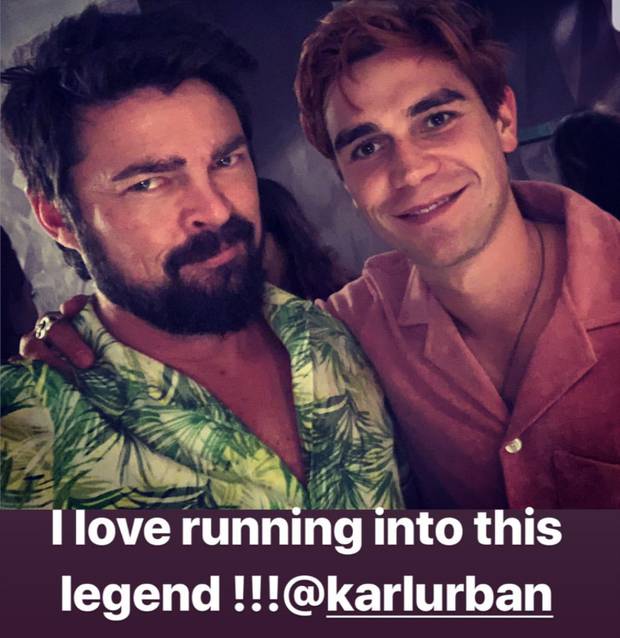 Karl also took to Instagram to post a photo with KJ, along with the message to none other than the All Blacks.