Parenting isn't easy. In fact, most parents would be more inclined to agree with the statement: "Parenting is bloody hard work."

And just how hard - and, often, hilarious - has been revealed via responses to the Spinoff Parents Editor, Emily Writes, who put a call out asking mums and dads around the country to reveal their dirtiest little parenting secrets.

From walking around with poo on their forehead, to pretending their misbehaving child belongs to someone else, here are some of the best responses from New Zealand parents:

"I look at my baby and wonder. A face only a mother would love. I look at my husband and we both giggle and whisper to each other at the same time: 'So ugly'." 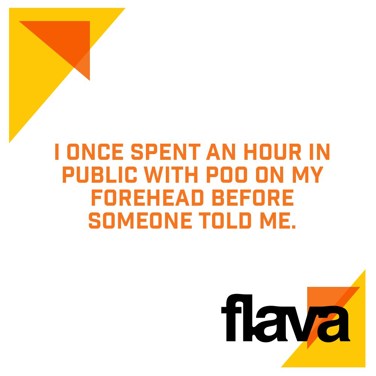 "I purposely suck up my daughter's Lego in the vacuum cleaner and I love it."

"I have a favourite child. I try not to, and I don't think my other kids would ever know. But I really like my first born the most. He's the calmest and the quietest. I feel mean for thinking that but we have such a special bond and my other kid is such a massive pain in the ass."

"My child once pushed another child over at the park and the child's mother came over and I said it wasn't my child. It was so satisfying. She said "What a little sh*t" and I agreed, because he was being a little sh*t." 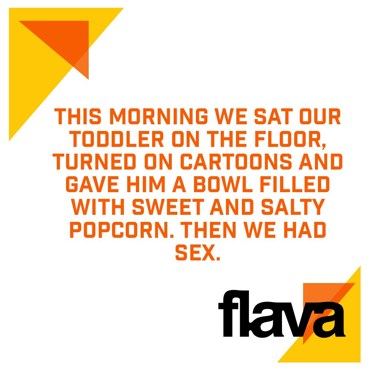 "I sometimes answer my children by whispering 'Why don't you go and show Daddy that?'"

"I miss my old life so much it hurts. I miss everything about it. I really miss being selfish. Not just being able to watch TV whenever I want but also being spontaneous. I miss fancy dinners. My children are such f***wits in restaurants." 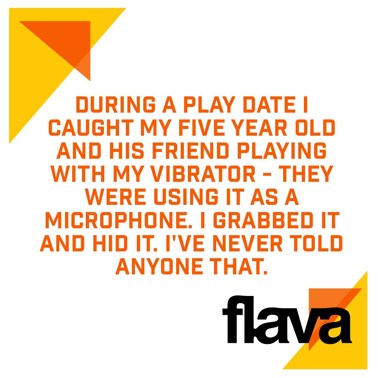 "On more than one occasion I have helped my son search the house for his chocolate that I ate."

WOOOOOOAH, if this proves anything, it's that the love life apparently doesn't disappear after the kids turn up!