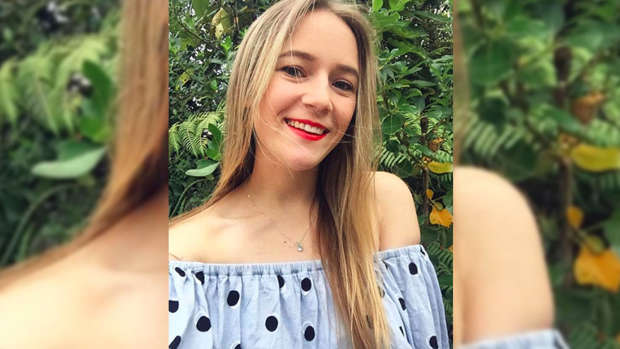 Three years ago Jazz Thornton tried to take her own life. She was 19, had concocted the "perfect plan" and was determined that this was going to be it.

#IAMPROOF // “I woke up sometime later in the intensive care unit after being placed in a coma.” Our mental illness’s nearly killed us, but they didn’t. This month we are encouraging you to share your story with the hashtag #IamProof. Upload a photo onto social media sharing your story of what you have overcome to show others that no matter what they are going through, they can get through it. Make sure you tag Voices of HOPE too. When fighting a mental illness it can seem like you will be stuck in an endless battle. But recovery is possible. We are proof. @voicesofhope FULL VIDEO LINK IN BIO

Now aged 23, the Auckland woman has taken to social media to speak out about the night her deadly plan failed, and the police officer that went above and beyond the call of duty to save her.

"July 2015 I believed that life was not worth living. I had run out of my house down to the local park and began to start the process of taking my life," Thornton posted to Facebook yesterday.

"It was late, dark and cold as I thought back on my life and everything that had happened and how much I had messed up.

"With tears streaming down my face, I text out my final goodbye. I glanced across the park and saw a group of flashlights, afraid that they would come across me before I was dead, I [did it]."

This was the fourteenth time Thornton had attempted suicide, with childhood abuse and the belief she was "unlovable and a burden" fuelling each effort.

The teenager was diagnosed with depression and post-traumatic stress disorder (PTSD).

This time of the year is when we statistically lose the most people to suicide. We just dropped a video on the @voicesofhope facebook with my story around the Christmas season, how hard it can be but also how one decision on Christmas Eve changed everything. Check it out on our Facebook page.

"I remember when I went down to the park I was very determined that this was going to be it. I had actually had a girl that I was mentoring take her life earlier that year, which I felt partially responsible for.

"I remember she was missing for 27 hours before they found her, so I decided to call the cops and tell them what I was going to do, so they would be the ones that found me and not some poor member of the public.

"In my mind I had it planned out that I would have enough time because of the method I was using, I knew that it would be immediate - but the police were a lot closer than I thought."

Thornton said her jacket became caught on a branch.

"Suddenly I felt hands holding me up against the trunk of the tree. Those hands were yours," her post said.

Those hands belonged to Constable Meika Campbell, a first responder to the scene.

"You held me there while I resisted, you called for backup and attempted to calm me down. Your partner cut me down and you both carried me to the police car while I was kicking and crying," Thornton wrote.

So honoured to be a speaker at TEDx Talks Auckland next month! Talking about suicide prevention - ticket info is on their website and Facebook if you want to come! ❤️

She was angry when police found her, "In my mind I had come up with this perfect plan and it hadn't worked," she said.

She then spent approximately 25 minutes in the police car where she remembers the kind embrace of Constable Campbell and her encouraging words.

"I eventually looked up and saw tears streaming down your face as you told me of the future I could have. The ambulance came and I was moved to the back of it. You sat beside me, refusing to leave my side letting your partner drive the police car to the hospital so you could sit with me," she said.

"It was at that moment I thought, 'Oh wow, she doesn't even know me and she cares'."

Thornton explained how Constable Campbell sat with her at the hospital, well into the night.

"You sat with me on the hospital bed, continuing to speak into my future and telling me of the hope you knew. Hours passed and your shift had ended and you were still by my side.

"Eventually you had to leave and you grabbed my phone, dialling in your work number saying 'I want you to text me tomorrow and tell me you are okay. I believe in you. You can do this. You need to make it to your 21st birthday and if you can do that for me, I will come and find you on that day to say happy birthday'."

Thornton said she text Constable Campbell the next day, not expecting a reply, but "sure enough she replied". The pair has kept in touch ever since.

The next day the teenager was discharged into community care, before spending a month and a half in a mental health ward.

Two years later she had an unexpected knock at her door.

"On my 21st birthday [Constable Campbell] knocked at my door and I was like 'what the heck'," she said.

"By this stage, I had forgotten of [her] promise - but [she] hadn't. [She] came to my house and knocked on my door just to say Happy Birthday. To celebrate the fact I was still alive and fighting.

Thornton said this moment was the starting point for everything she is doing now.

The company is dedicated to presenting hope for people struggling with mental illness and other related daily struggles.

"We both had our mental health battles, Genevieve had eating disorders and OCD, so we had varying experiences and wanted to use our stories to help others.

"We wanted to be the people that we needed when we were going through that and to show people no matter what you are going through, it is possible to get through."

Voices of Hope has since become internationally famous, with one of its videos gathering over 80 million views online.

Thornton and Mora have also toured New Zealand and Australia speaking in high schools, and at events in the US.

"A lot has happened, but I think more than all of the things, I now know who I am and my core beliefs that I had at that time, of being unlovable and a burden, were broken."

"You went over and beyond your 'job requirements'. Thank you, Constable Campbell, for not only physically saving my life that night, but for speaking hope, for sitting with me, crying with me and seeing a future for me that at that point, I couldn't see.

"A future I am now living in, everything I now get to do, every video I create, talk I give or mental health campaign I organise would not have happened had you not stepped in that night.

"Your intervention and care ensured that I lived to see breakthrough and freedom.
Thank you for putting your life on the line for our country and while doing so, saving mine."