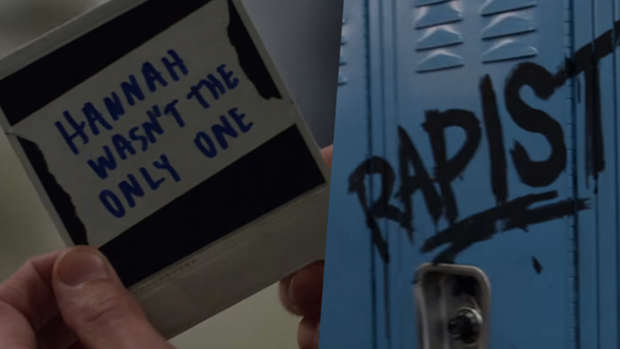 Whether you watched it or not, it's no secret that last year's breakout teen drama 13 Reasons Why ended with a brutal finality.

The Netflix series made headlines around the world as millions of teens and young adults binged the 13 episodes, which followed the anguished story of Hannah Baker and the reasons behind her suicide.

It was graphic, confronting and final. The message was clear: there's no coming back from death.

And yet, one year on, the series is returning. Hannah, played by Australian Katherine Langford, will be back, alongside the original cast.

Showrunner Brian Yorkey says the decision to return to Crestmont was an easy one. Neither he nor his fellow writers, producers and cast were ready to let the characters go.

"We fell in love with these characters while making season one," he tells TimeOut in New York.

"We wanted to know what happened to them next. We felt to leave them where season one left them was to leave them in a great deal of pain. While, certainly, the mystery of Hannah's tapes had unfolded there was so much more in their own journeys to be followed. And we wanted to see that they were going to be all right."

Bit by bit, you put the pieces back together. @alex.standall

The Bakers' court case against the school district will be a major focus in season two.

Things were far from all right at the end of season one, with several characters struggling to come to terms with their personal torment.

"One of the really important themes for us," says Yorkey, "is recovery and healing. And the way it's not necessarily a straight line - it can move forward and move back and circle around. But that so many of our characters suffered such trauma, not only through Hannah's death but through other trauma in their lives."

Those traumas included rape, sexual assault, domestic violence, drug addiction and suicide. It was heavy stuff - and Yorkey admits neither he nor Netflix were fully prepared for the global controversy it would spark.

Go behind the scenes of #13ReasonsWhy Season 2 pic.twitter.com/xVjTLx3ChB

"It certainly was a bit of a surprise," he says candidly. "We knew we'd made a show that was unflinching in its honesty and there would be divergent opinions about that. To us, the vibrancy and intensity of the conversation might have been a little bit eye-opening but we always knew there was going to be a conversation around it and it's part of what we hoped would happen. We knew there'd be people on either side of the issues arguing for their points of view and feeling strongly about what we presented. That's what happened."

But Yorkey believes the conversation was "super healthy" and says they hope to keep it going with season two. This time, however, Netflix has partnered with mental health services around the world to provide information and learning resources before the next season launches.

One week. ---------- I know a lot of you are super excited to watch the new season, and there are some incredibly valuable discussions to be had from the show. That being said, as important as it was to come back for a season 2, please know that like season 1, we cover very prevalent issues and things that may be sensitive for some. @netflix have worked incredibly hard to make sure there are resources available before, during and after the show (even though let's remember this a TV show first and foremost and there for entertainment) please consider if the show is right for you before watching x

A key theme will be how women are treated - in particular victims of sexual assault - and how we raise young men, says Yorkey.

It's a conversation they began scripting and shooting last year before the #MeToo and #TimesUp movements came to dominate mainstream media. But Yorkey hopes their storyline will bring something new to the table.

"Our show has the ability to get parents and teens talking. So I think, and hope, and believe it will give teens a chance to say 'this happened to me' or 'I feel these things' or 'the culture at my school is like this', and be able to open up to their parents and the adults in their lives about that."

As for a possible third season, Yorkey says it's not on the cards yet.

"We'll see where the stories leave us. That's our focus. When the time comes, we'll tackle the question of whether there's more story to tell and we want to keep following these characters."

• For more information, support and learning resources around the issues raised in 13 Reasons Why, see 13reasonswhy.info

WHERE TO GET HELP:

If you need to talk to someone, the following free helplines operate 24/7:

There are lots of places to get support.

This article originally appeared in the NZ Herald and was republished with permission.