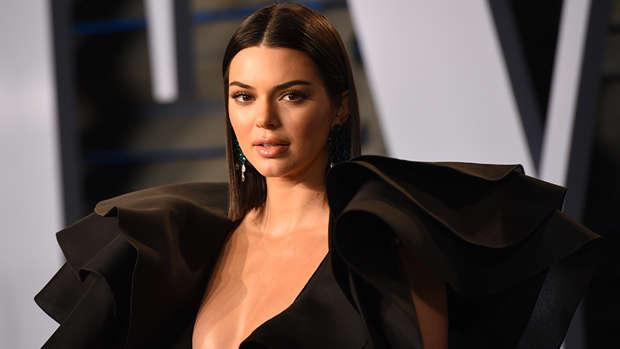 Kendall Jenner is "down for experience" when it comes to her sexuality.

The 22-year-old model "doesn't think" she is bisexual and though she's never had a same-sex encounter, she wouldn't rule it out completely.

She said: "I don't think I have a bisexual or gay bone in my body, but I don't know! Who knows?! I'm all down for experience - not against it whatsoever - but I've never been there before."

The 'Keeping Up With the Kardashians' star has been dogged by rumours about her sexuality, and she thinks that's because she is much more private about her personal life than her famous siblings.

She told America's Vogue magazine: "I think it's because I'm not like all my other sisters, who are like, 'Here's me and my boyfriend!' So it was a thing for a minute because no one ever saw me with a guy. I would always go that extra mile to be low-key with guys, sneaking around all the time. You don't want to, like, look crazy...

"Also, I know I have kind of a . . . male energy? But I don't want to say that wrong because I'm not transgender or anything. But I have a tough energy. I move differently."

But if she was gay, Kendall insists it isn't something she'd keep hidden.

She said: "I'm not gay. I have literally nothing to hide. I would never hide something like that."

Kendall is rumoured to be dating Detroit Pistons player Blake Griffin, and though she refused to confirm the romance, she did admit she's with someone "very nice". Asked why she was calling from Michigan, she said: "I'm visiting a friend."

Asked if she had a boyfriend, she replied: "I like my private life... Yeah... no. I'm happy. He's very nice. I have someone being very nice to me."

The brunette beauty is very maternal towards her friends but is in no rush to start a family herself.

She said: "My friends make fun of me and call me Mama Ken because I literally take control of every situation. I guess I'm a control freak. Do you know how many times I've taken care of my drunk friends?"