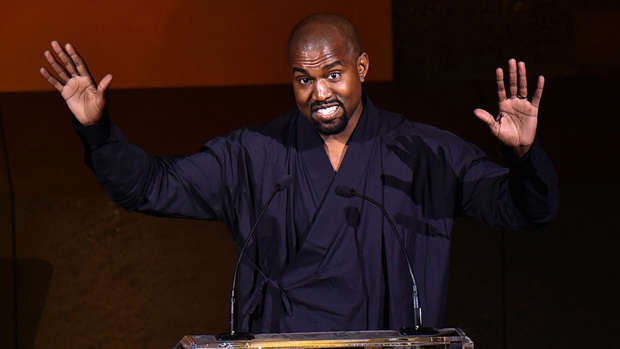 Kanye West wants Danny McBride to play him in a movie.

The 42-year-old 'Golddigger' rapper went to the 'Eastbound & Down' actor's home in Charleston to pitch him a "pretty brilliant idea" for a project about the "story of his life", however, Danny, 42, was surprised to be told by Kanye that he wanted Danny to portray him in on screen.

He said: "I had a pretty interesting guest shortly after we moved there [to Charleston]. One day I got a phone call out of nowhere and the voice sounded familiar but I wasn't sure who it was. I was like, 'Hello?' and he was like, 'Hey, is Danny there?' He was like, 'This is Kanye West.' "He basically said he was a fan of mine and wanted to come hang out. I think he thought I lived in Los Angeles so I was like, 'No I live in Charleston,' and he was quiet and then said, 'OK, I can go there too.' I was getting nervous, like, 'What should I wear when Kanye gets here.' He had an idea for a project which I think was a pretty brilliant idea. He wanted to do a movie about the story of his life and he wanted me to play him. I thought it was a cool enough idea and we hung out, we went out on a boat, we just talked. He was awesome, it was the most incredible afternoon."

Shortly after Danny and Kanye came back to his home, the pair watched the 'Alien: Covenant' actor's seven-year-old son Declan - who he has with his wife Gia Ruiz - play the video game 'Fortnite'.