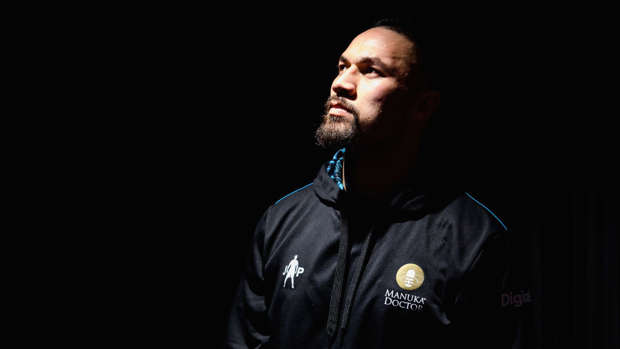 Kiwi heavyweight Joseph Parker has pulled out of his upcoming fight against Dereck Chisora because of an unspecified illness, with reports suggesting the delay was due to a "spider bite".

Promoter Eddie Hearn made the announcement on social media that Parker had withdrawn "due to illness".

Parker's team promptly put out a statement confirming the postponement.

"Joseph Parker has been battling a health issue at his Vegas training camp ahead of his October 26 fight," the statement said.

"Following detailed medical assessment, doctors have confirmed that Parker is not physically able to train or fight until medical clearance is given. A doctors' certificate has been provided to Parker's promoters Matchroom as this health issue will mean that [he] must withdraw from his scheduled fight against Chisora."

The fight was set to take place as co-main event at London's 02 Arena.

Due to illness, @joeboxerparker is out of the @DerekWarChisora fight on October 26. We are working on a suitable replacement and will make a further announcement this week #boxing

The 26-2 Parker has had just one fight in 2019, a TKO of Australian Alex Leapai in Providence in June.

ESPN reporter Dan Rafael reported that Parker had been ill for much of the last week and has been unable to train.

According to Rafael, Parker's camp believe the illness was caused by a spider bite.

Parker's manager David Higgins earlier told the Herald that trainer Kevin Barry had identified a "sore" in the fighter's thigh as soon as he got into camp, and thought it looked like a spider bite.

While the origin of the infection has not been confirmed as a bite, a "physician in Las Vegas said Parker was in a bad way and stood him down for three weeks".

Higgins said Parker was upset at having to withdraw from the Chisora fight, but has chosen to stay in camp and fight again as soon as possible.

"We'll leave it up to his promoter Eddie Hearn to get him on the next possible card," Higgins said.

The fight against Chisora is one that Parker and his team want. Once medical clearance is given, Parker wants the fight promptly rescheduled.